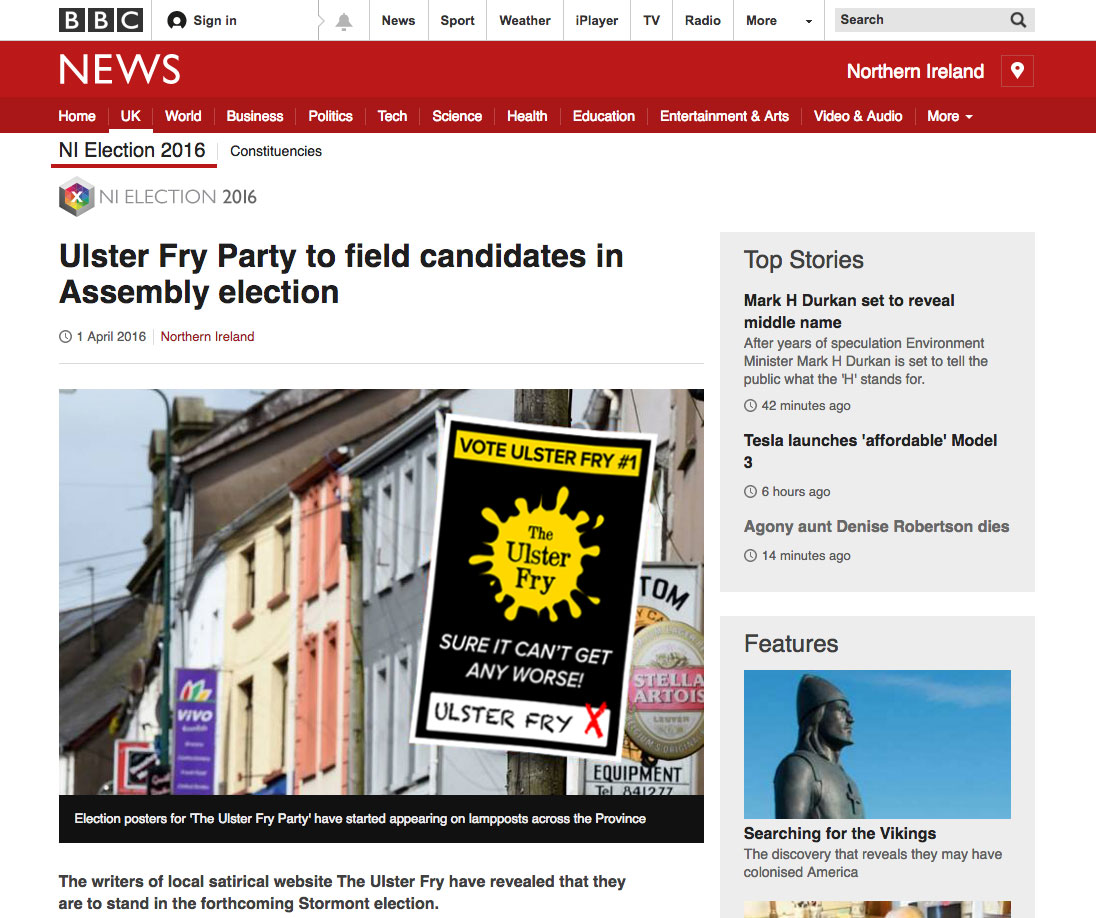 From the BBC News website. To be published 6pm.

The writers of local satirical website The Ulster Fry have revealed that they are to stand in the forthcoming Stormont election.

At a press launch in Belfast this morning the men behind the new Ulster Fry Party told reporters that they wanted to offer a genuine alternative to voters. “We want to avoid the clichés of the past,” they explained, “We’ll be offering a shared future, in an Ireland of equals, secure within the Union, open on Sundays.”

“No more Orange and Green politics – we’ll be somewhere in between, which is light brown as we’ve checked by mixing paint.”

Key policies were also unveiled at the press launch.

The authors of the occasionally funny site, Billy McWilliams and Seamus O’Shea, will be standing in the Belfast East and Foyle constituencies respectively, but more candidates are expected.

“It’s just ourselves for now but we’re lining up a few others.” says O’Shea, “At this point we’re seeking a big name from local TV – someone like Pamela Ballantine, Jackie Fullerton, or Mike Nesbitt.”

Anyone wishing to donate to the campaign can do so by clicking here.