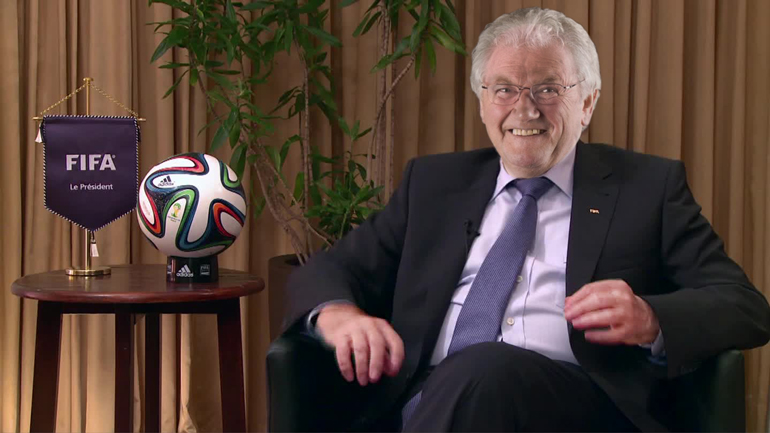 Following the news that former France international David Ginola has launched an audacious bid to unseat Sepp Blatter as President of FIFA, rumours are spreading that local football chiefs are giving serious thought to fielding a candidate of their own. Although several leading figures in the local game are under consideration, it is understood that BBC commentator Jackie Fullerton is the front-runner for the role.

“Fullerton is the ideal man for the job,” said our well placed source at the Irish Football Association, “he has played at the highest level, even winning the league with Crusaders in 1973, and he knows the international game inside out. He’s watched every World Cup match on TV since he hung up his boots in the seventies.”

“Even them ones on ITV that Phil Neville co-commentated on.” he added.

This level of commitment didn’t go unnoticed at the IFA, who firmly believe that Jackie, who was inexplicably passed over for a knighthood in the recent honours list, is the man needed to stem corruption at the top of the FIFA hierarchy.

“Jackie is a man of stature and distinction, and utterly incorruptible,” our source explained, “well known for his impeccable dress sense and eloquent football commentary. That mix of style and substance is what is needed to reform the modern game. Furthermore he’ll save them a fortune at World Cup draws, as he and George Jones can do all the entertainment themselves. No more prolonged displays by second-rate popstars, Jackie can belt out My Way and We’re Not Brazil, We’re Northern Ireland.”

At time of publication we have had no confirmation from Mr Fullerton himself, but according to one BBC insider “Jackie is giving it serious thought, and has told me that he may well throw his ring into the hat.”