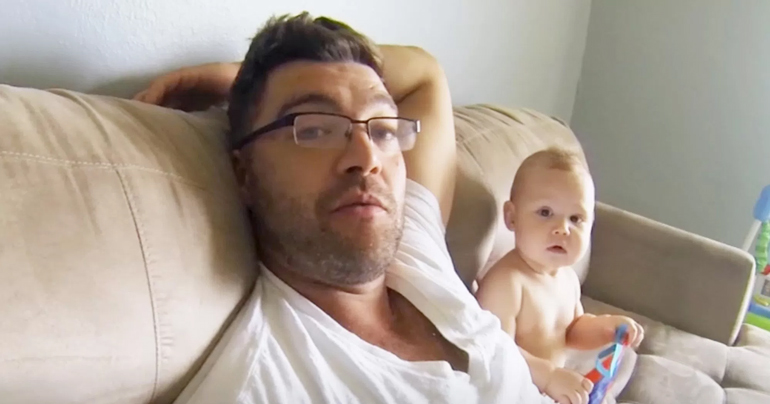 A Dundonald man who intends to spend the weekend complaining about Northern Ireland’s archaic licencing laws on social media rarely leaves the house anyway, it has emerged.

“If it wasn’t for these ridiculous laws I could be down the pub playing pool with the lads and eyeing up the talent, doing cool stuff,” the self-employed chancer told us. “Seriously like, it’s time Northern Ireland was dragged into the 20th Century.”

However despite his claim to have an extravagant social life, we can reveal that even if normal licencing legislation was in place the man would end up staying in anyway.

An Ulster Fry undercover operation monitored the man’s activities throughout Good Friday, and discovered that he spent most of the morning watching Peppa Pig and Toot the Tiny Tugboat with a small boy, before eventually getting dressed and being used as a climbing frame.

According to a highly placed source who lives with the man, this is likely to continue throughout the weekend, though she also told us that “he’d better get off his hole and sort that garden out, the lazy shite. If he doesn’t I’ll make him go to IKEA on Monday.”

When confronted with the revelations the man broke down and confessed that he’d only actually been able to avail of the normal licencing laws once this year so far, and that the best he could hope for over the weekend was sneaking the odd can of Harp from the fridge when no one was looking.

“Aye, let’s be honest,” he admitted, “It doesn’t make a shite bit of difference to me when the pubs are open. It’s actually great that they close early, it forces everyone else to suffer.”