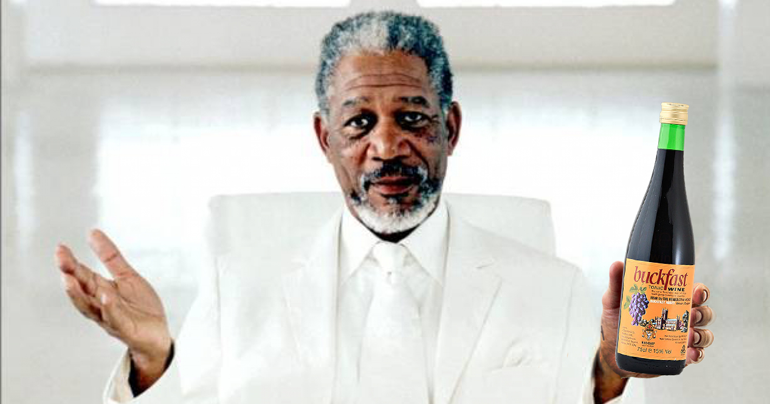 Hollywood legend Morgan Freeman, currently filming in Belfast, has sensationally reprised his role as God after discovering that he will won’t be able to skull a few pints tomorrow night after work.

“Dafaq lik?” he moaned to crew after learning of the archaic NI Easter licensing laws. “Are yousuns tikkin the han’ outta me or wha?” he protested, before storming off to wardrobe to stick on his iconic white suit.

However before clicking his fingers to bring Northern Ireland into the 21st century, Freeman took an Almighty walk around Belfast to see what else needed sorting out first.

“He was standing gawking at a massive traffic jam on Great Victoria Street for about 5 minutes” revealed eye witness, Mandy Dufraine. “The cars didn’t move once, but he got hassled loadsa times by folk trying to get him onto bus tours, into black taxis or to sign anti-abortion petitions”

He was later seen walking in the grounds of Stormont searching for someone in charge. “He couldn’t believe it when I told him the craic” revealed security man Albie Bach. “He looked at me like I shat in his pint!”

Several eye witnesses then seen him wandering aimlessly around the Cathedral Quarter, hopelessly looking for a bank machine so he could go into a nearby bar to drown his sorrows.

“I can confirm that despite having being able to do almost anything imaginable in his Godly form, that Mr Freeman has given up!” confirmed his agent, Chad Wankstein “He hadn’t a baldiest where to start!”

Freeman has now returned to his mortal form and will finish filming his Belfast crime thriller, Along Came a Spide.