NI public ‘shocked’ that local politician might be corrupt 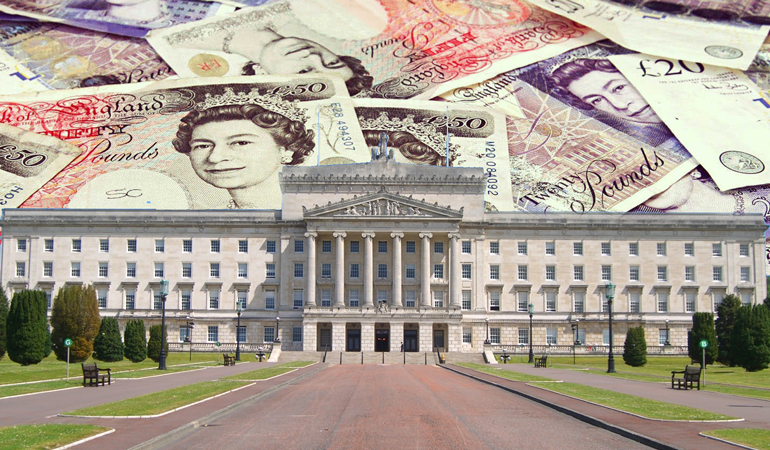 Long considered the last bastion of honour, generosity and self-sacrifice, the public perception of local politicians has been badly tarnished this week, following revelations that one of them might be a manipulative, money-grabbing twat who is willing to use their elected influence to accumulate wealth.

The allegations comes in the wake of the NAMA financial scandal that is currently rocking the entire island of Ireland. The outcome apparently implicates at least one Ulster politician with the uncharacteristic crime of being corrupt and ‘up to no good’ – whilst the rest were busy having everyone else’s best interest at heart.

Decades of faultless dedication to serving the public interests could be brought to an end. “Ah I’ll be devastated if this is true!” said one former Kincora children’s home resident. “They did such a good job handling our case with transparency and decency, and the investigation afterwards, well, it was just brilliant! So many happy memories!”

The feeling of being let down went right to the top. “If this is true we’ll all be tarnished with the same brush” lamented Deputy First Minister, Martin McGuinness. “and sure if that’s the case, we might as let anyone run for election, even people with shady backgrounds who were involved in terrorism. Like yer man Billy Hutchinson…” he added.

“It could be worse,” said Winston Gravel from the NI Association of Experts “We could be living in a society where politicians routinely fiddle expenses, employ their relatives, defend mass public disorder when it suits their aims, and watch ‘premium movies’ in hotels then bill the taxpayer…”

At this point Mr Gravel took a deep breath before continuing “…or they might take out super injunctions to hide personal infidelities, use Petitions of Concern to cover their backs in Stormont, have affairs left, right and centre, or have links to bank robbers and fuel smugglers. All whilst lecturing us on morality.”

“If we aren’t careful this scandal could herald an era of dishonest politics,” he continued, “where our leaders concoct dubious deals with each other in back rooms whilst encouraging tensions in their communities to ensure they jointly stay in power.”

“Jesus if that happened then we’d really have a problem!”