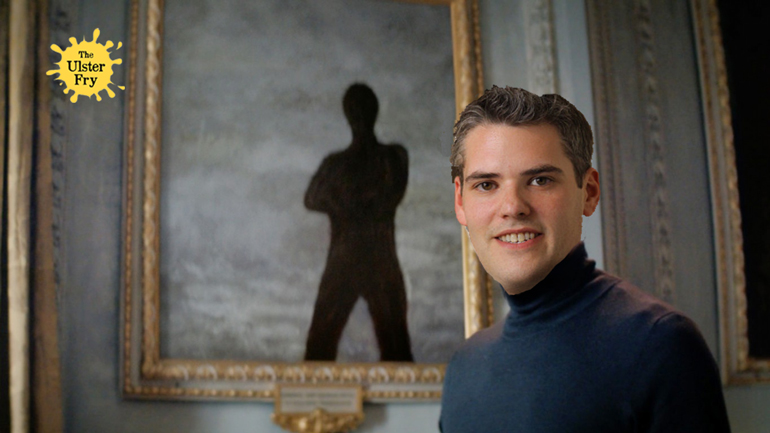 With chocolate manufacturers Cadbury’s searching for a new “Milk Tray Man” for their iconic advertising campaign, it has emerged that the Stormont parties are considering putting candidates forward for the job.

“It’s an important position with international recognition,” a senior civil servant told us, “so obviously both the Orange and Green camps here want to make sure that it doesn’t fall into ‘enemy hands’. All of the parties have introduced rigorous selection processes including completion of an on-line application and climbing through a window whilst wearing a black jumper.”

The latter test has ruled out a few candidates, as DUP councillor Gregory Wilson reveals. “Several of them couldn’t fit through the window,” he explained, “in fact I hear that Big David Simpson is still wedged in a set of French doors at HQ.”

In the light of this stern examination it is believed that the DUP’s choice eventually boiled down to two main candidates, MPs Jeffrey Donaldson and Gavin Robinson. “Gavin seemed to be the man in front”, says Wilson, “but he spoiled it by following up the chocolate delivery by making a really, really angry speech, so it’s looking like wee Jeffrey might get the nod.”

Sinn Fein, meanwhile, have no shortage of men experienced in dressing all in black and carrying out clandestine activities. Despite this, their selection process has been fraught with problems. “A few of the lads can’t get used to delivering chocolates,” we were told by a party insider, “I’m not sure that yer average lady expects a delivery of Milk Tray to be followed by sitting in the garden for three hours while the army carry out a controlled explosion.”

The party’s female MLAs have also raised questions regarding the selection criteria, believing the Milk Tray man to be a symbol both of British cultural imperialism and male oppression.

“Aye the wimmin folk have got together and organised their own quest for the ‘tráidire bainne’ woman,” says our insider, “but so far that’s just consisted of Carál Ní Chuilín climbing through a window then sitting eating a box of chocolates in the corner.” 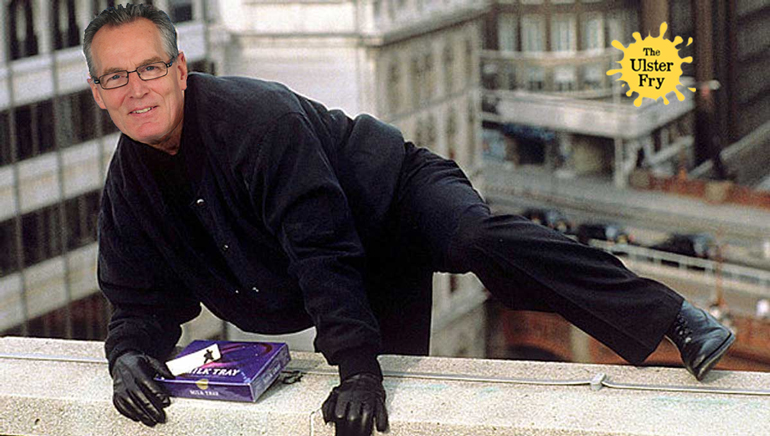