Yer man off Grand Designs campaigns to save Larne Crown. 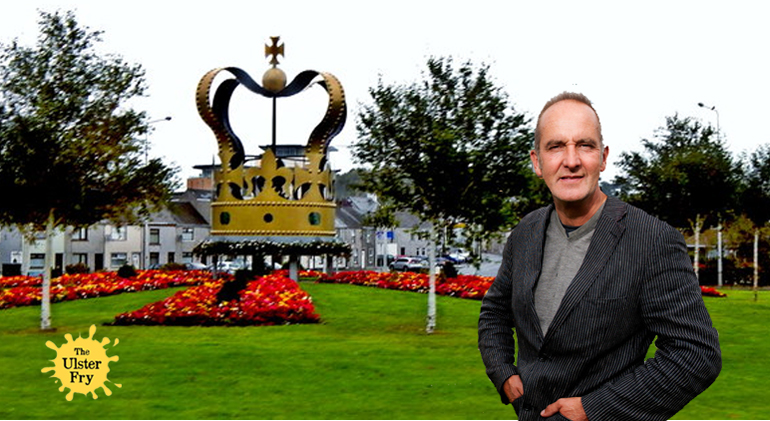 Kevin Thingy off Channel 4’s Grand Designs has joined a host of other celebrities to lead a campaign to save the iconic crown that stands in Larne’s Circular Road roundabout.

“What one notices first,” he went on, “is how easily it blends into the landscape around us, its circular base mirroring the circularity of the roundabout, which in turn reflects the name of the road itself, which is circular. And yet it rises proudly towards the heavens, resplendent against a slate grey Antrim sky. Perhaps it is telling us something about something, I would imagine.” He then said “integrity” about six times before gazing into the distance.

Other celebrities have thrown their architectural weight behind the campaign. That wee George Clarke fella off his Amazing Spaces claimed that the crown was a fine example of a thing that someone made. “It’s one of the best smallish things I’ve seen,” he told the Ulster Fry. “Me and my beardy hipster friends are going to build one in the woods using only some sticks and this piece of string. Then we’ll drink craft beer and talk about sheds.”

However Mid and East Antrim Council are still coming under pressure to remove the monument, with some people feeling that it is sectarian in some weird way, while others think it is a bit shit. “We’re looking at some replacement structures,” said council Arts Officer Stella Sealink-Ferry, “structures that would reflect both the bustling metropolis that is Larne and the vibrant future of Northern Ireland.”

These are believed to include an upturned bottle of Buckfast, a half-sunk Titanic and a scale model of Stephen Nolan.