Local woman “might not get redd up for Christmas” 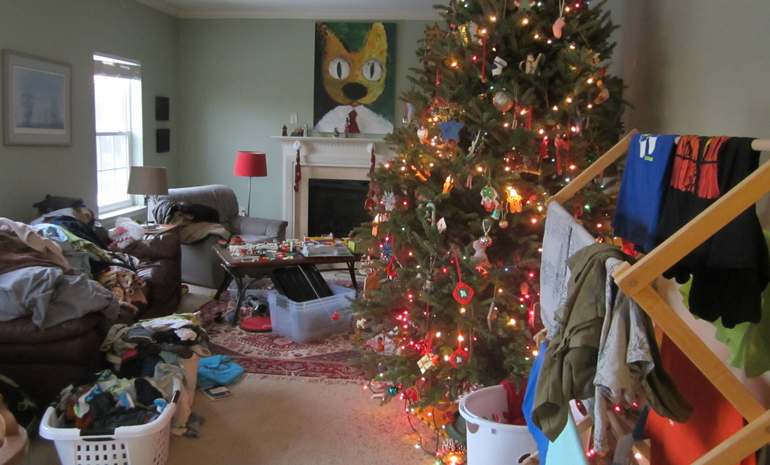 There are growing concerns in religious circles that Antrim housewife Pauline Slooter may be unable to effectively tidy her house before Christmas, leading to fears that the festival may have to be cancelled altogether.

The Ulster Fry understands that Mrs Slooter inadvertently failed to fully “redd out her good room” before putting up her decorations, leaving what has been described as a “quare rake of clabber” behind the furniture. Now that the decorations are in place, it is virtually impossible for her to access the mounting filth.

“God knows what’s behind the sofa,” she told us, “It can’t be moved for fear of wrecking the tree. I’ve had a good hoke down the back with the hoover but there’s a fair amount of brock still in there. I’ll never get it sorted before the in-laws come next Sunday.”

Mrs Slooter’s plight mirrors a notorious incident in 2008 when Ballymoney woman Fidelma Cracker declared herself “all set for Christmas” a full 10 days in advance of the big day.

Fortunately, the crisis was averted when Mrs Cracker remembered that she’d stocked up on wrapping paper in the January sales and was actually going to her sister’s for dinner.