Majority of TUV voters revealed to be dyslexic UTV viewers 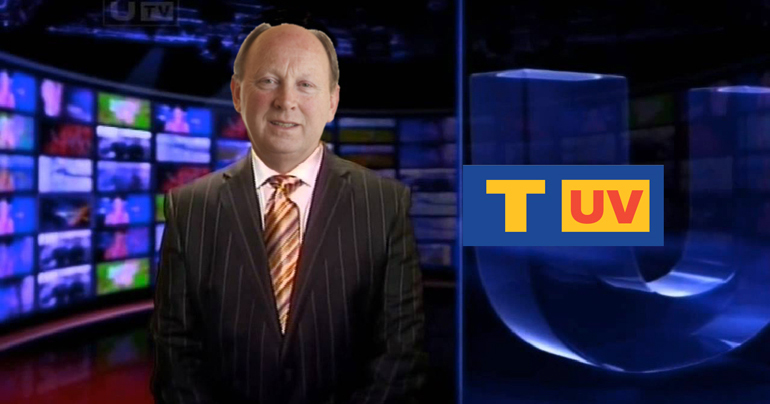 Hard-line unionism was shaken to its core today, after new opinion poll data revealed that many people who voted for the TUV in recent elections – actually thought they were picking their favourite TV channel.

“Aye, I was raging with myself when I realised my mistake!” admitted Lisburn voter Trevor Sanyo. “Don’t get me wrong, I’m not a big fan of thon camp fella who introduces Coronation street, but jaysus, you’d eat the fluff off Sarah Travers socks like. I shot me vote in 2 seconds flat!”

“But then I woke up with Andrew Girvin!” he added. “Talk about a worst nightmare!”

“But anyway, do you see when I turned on the TV the next day, and seen Jim Allister’s big turnip head instead, feck I near shat myself, so I did.” she added.

This was a feeling echoed by many pensioners at the Seabreeze Retirement Village in Limavady. “I’d normally vote Sinn Fein” said Arthur Lenovo, aged 79.  “But when I seen UTV on the ballot, I gave Frank Mitchell my vote right away.  He did Weather Watch from my hometown once so he did. Lovely it looked too!”

“Deary me, my eyesight isn’t what it used to be, is it?” added embarrased fellow Seabreeze inmate, Agnus Hitatchi, 83. “But I got all hot n flustered at the thought of hunky Mark Mallett coming down to Limavady to sort out the problems with the bins and them hooring traffic lights on Main St.  Who the f**k is Boyd Douglas?”

The TUV leadership have remained silent on the revelations, which many say could ‘ruin’ their upcoming electoral hopes. Privately, however, it is thought that Mr Allister will seek the advice of UUP leader Mike Nesbitt, as he tries to learn how the former newsreader managed to turn thousands of his loyal UTV viewers into an electoral mandate, so that the TUV can also successfully fail to overthrow the DUP.