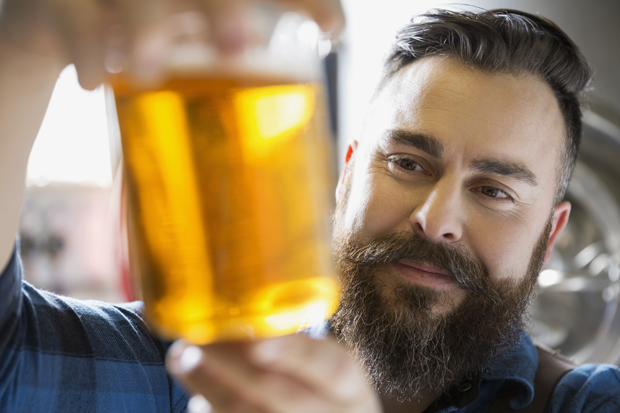 With the summer fast approaching, Belfast’s hipster-led social scene is set to grow even bigger – with the opening of the world’s first ‘Beard Garden’.  Whilst the new outdoor area is still under construction, local pub tycoon and hotelier Will Ballsy told us that his new ‘Beard Garden’ will celebrate the ‘hairy best of Belfast’ with a ‘wee bit of humour and sophistication’.

“If you look at London, Berlin and New York, its clear that innovative and quirky nightlife ideas are leading the way in how modern consumers socialise. So as we sought to expand our commercial activities in 2015, we looked at what made Belfast unique.”

“The trends that came up again-and-again in our research, was our ability to laugh at ourselves, our famous sense of humour and the sheer quantity of big massive f**k off beards!”

Opening soon in the former-waste ground between The National and The Spaniard, ‘Sparta’ will be a contemporary outdoor haven for Belfast’s bearded socialites. As expected, it will have a strict ‘beard only’ dress-code policy, and serve a huge selection of niche craft and imported beers in oddly designed bottles and ridiculously shaped pint glasses.

“Girls will be allowed in too of course!” laughed Ballsy “But only if they have a bearded friend!” Inspired by the infamous antics of bearded, super-rich and promiscuous American playboy, Dan Bilzerian, Ballsy told us that Sparta’s female admission policy would allow “one bearded man to come with several women per night.”

“In fact bouncer training has already begun” he continued. “If a clean shaven man tries to evade our security team, our bouncers will simply dropkick him out the door again, whilst politely reminding him – ‘This Is Sparta!'”

The news has already divided local opinion with people damning it as a ‘blatant publicity stunt’ and ‘another f**king hipster cash in’.  However not all punters agreed.  “I don’t actually get it!” admitted Bristle McKeever, a 24 year old amateur Googler from Stranmillis.