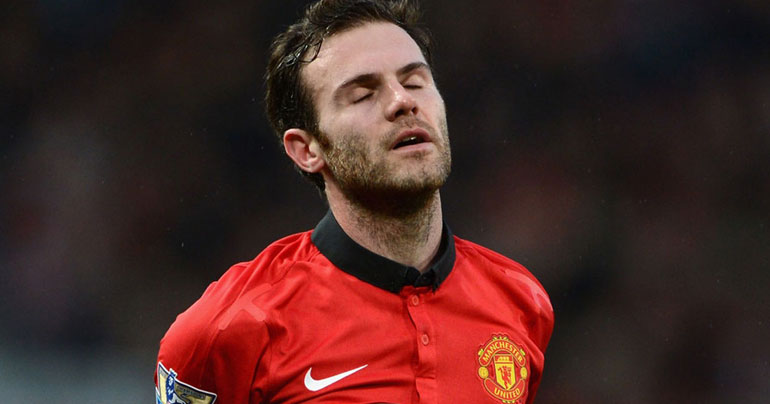 Manchester United fans were given yet more reason to be gloomy last night, after their hopes of securing a new top flight manager were set back by another morale crushing victory.

United fans had felt their hopes of signing a new boss were looking up recently following a string of encouraging defeats and suitably dismal performances. However their cause was dealt a massive blow last night as they watched their team score a disappointing three goals against Derby to deny them the early FA Cup exit they had desperately hoped for.

“Van Gaal is really starting to piss me off” revealed United fan George Worst. “Just when it seems like the team is starting to gel with his philosophy and putting together a consistent run of losses and nil-nil draws… our players begin defying him and we start to leak goals at the front!”

This was a view shared by fellow lifetime United fan, Jaap Spam. “The team looked worryingly half-decent last night. His bizarre decision to play Mata, Rooney and Martial in positions they can score goals from makes you wonder if he’s really lost the plot!”

The win now leaves United fans with the daunting prospect of a mid-season revival which many fear could see Van Gaal disastrously clinch a top four finish and retain his job. However not all were so pessimistic.

“Aye ok we won last night” admitted fan Normal Darkside “but on the plus side he was using Fellani as a holding midfielder and Ashley Young is still to come back in defence – so there are plenty of discouraging signs for the future!”

Share
Facebook
Twitter
Pinterest
WhatsApp
Previous articleMaverick cops who make their own rules “not very good at their jobs”, says report
Next article8 things from 1980s Norn Iron that need to make a comeback