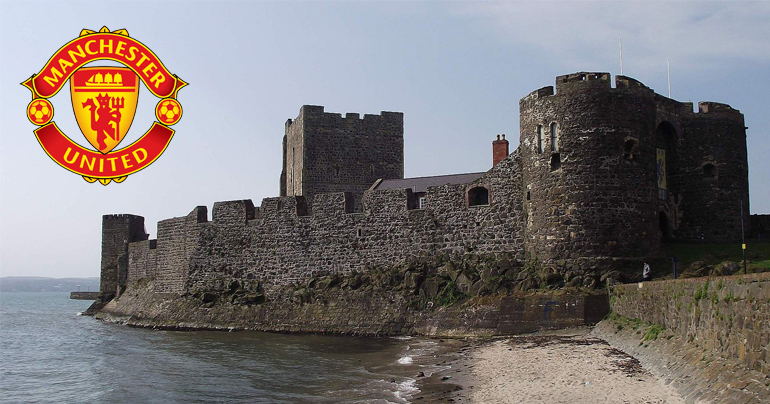 Despite enjoying 71% possession yesterday against Chelsea, United returned to Manchester last night with a disappointing zero points. Football pundits shared widely varying theories on the demise afterwards, but our source at Stamford Bridge speculated that United’s failure to score more goals than Chelsea was probably the most telling factor in the defeat.

The United hierarchy however believe the absence of Carrick in midfield was to blame for the loss, after his most recent return to the team propelled United to a six game winning streak.

With a precious champions league place to play for, Louis Van Gaal is taking no chances and has contacted Mid & East Antrim Borough Council to table a bid for their Carrick, in a move which could see the famous seaside castle shoring up the midfield at Old Trafford during the title run-in.

Despite being mainly interested in the castle for it’s defensive capabilities and consistently rock solid displays, negotiations are understood to have hit a sticking point, as council chiefs are insisting that United take the ‘whole f**king town, castle n’ all’.

As part of the proposal, United’s hi-tech Aon training complex would be replaced by Carrickfergus Leisure Centre, United’s club shop would be taken over by Cuddy’s Department Store, the club’s medical team would be manned by the staff of Primrose Pharmacy and the statue of Matt Busby outside Old Trafford would be switched with the that of King William III.

Singer Brian Kennedy refused to comment on whether he’d be re-recording his much loved version of ‘Carrickfergus’ to reflect the change of location, however Louis Van Gaal has already shutdown this possibility after misunderstanding Kennedy’s other hit single, in which he continually ‘Puts Messi in the Box’.