Marching to become an official Olympic sport in 2020 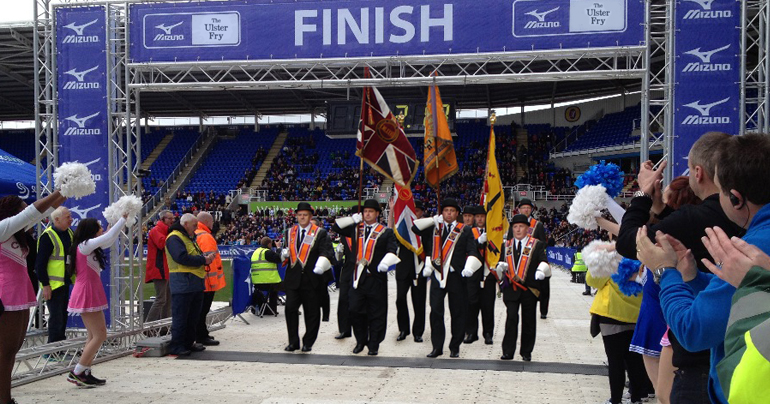 Following the disappointment of Paddy Barnes getting his pan knocked in today, Northern Ireland’s gold medal hopes received a well needed boost with the announcement that Marching will become an official sport at the 2020 games in Tokyo.

“The IOC were really impressed by our presentation” said LOL spokesman, Jim White-Walker. “Especially when we showed them all the old paintings of King Billy doing Dressage on his horse at the 1690 qualifiers..”

The news will add an extra competitive edge to upcoming parades around the Province, as marchers vie for places on the 2020 Olympic squad.

“We’ll be marking participants on dress sense, stationary marching ability, flute playing and drumming” said Track Enfield from the IOC. “All whilst our three expert judges sit along the parade route in specially elevated deck chairs, scoring performances, necking tins of Tennents and shouting ‘Yeeeeoooo’ when they like something”

However whilst the news has been widely welcomed, there is one huge logistical issue that still remains unsolved. “We can’t actually go to Japan” admitted White-Walker. “We don’t have any traditional routes there! Plus we hear the food is rotten. We’re hoping to be able to appear live via satellite from the Castlereagh Road.”

In a further boost for local sport the Olympic Committee also announced that hurling was being added to the Olympic roster. However we understand the rules will be different from the beloved GAA version after an unfortunate ‘administrational error’.

“Our researcher used UrbanDictionary not Wikipedia FFS” sighed Enfield. “So rather than the ancient Irish game of hurling as you know it, our version involves boking into bins, hand bags and even the back seats of taxis!”

“So far the three judges from the marching qualifiers are in the lead” he said.