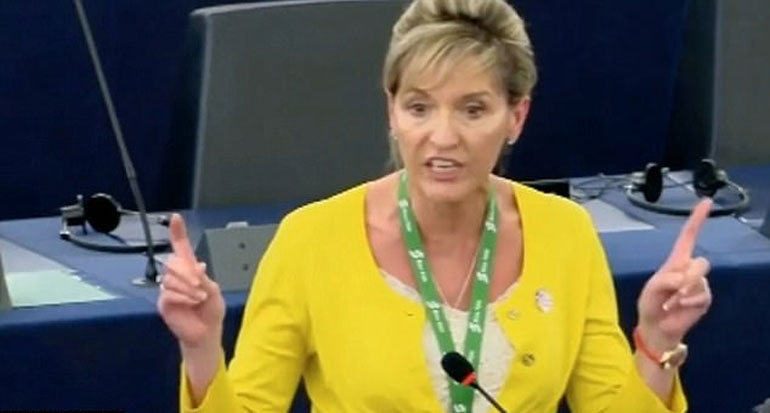 Senior members of Sinn Fein have hit out at rumours that Martina Anderson was completely blocked as she delivered a rant to an empty European Parliament.

Ms Anderson appeared to have been celebrating St Patrick’s Day a bit early as she launched into a bizarre tirade against Theresa May, who was not actually in the building and probably wasn’t listening.

“And as for Theresa May? Theresa may stick her Brexit up her arse.”

Ms Anderson then explained to her fellow MEPs that she wouldn’t allow them to facilitate this new, non-existent border.

Despite the randomness of her address, Sinn Fein have denied that their representative was on the sauce. “This was a coherent contribution to the debate on the post-Brexit future of this island,” said Party Secretary Liam Storey. “I’m sure that the European Parliament is now much better informed on the complexities of the issue.”

Back in Strasbourg there was a bewildered reaction among her fellow MEPs. “Paisley, Dodds, Anderson? The sooner we see the back of you nutters the better,” said one German representative, “but for now? It’s party at Martina’s place, I’m dying to try of this sliced pan loaf she’s on about.