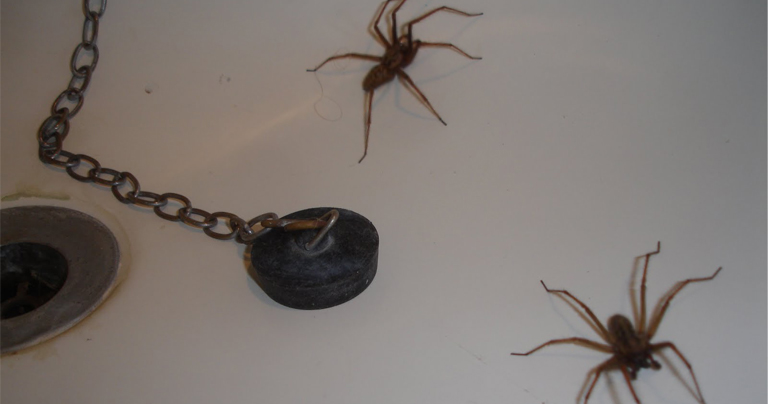 With domestic spiders reaching mammoth proportions, the Tories have had the worrying realisation that millions of gigantic insects will soon qualify for housing benefit under their recent welfare reforms.

“At first we thought, brilliant, they are big & ugly enough to pay rent now. But then we realised the creepy bastards are all unemployed layabouts and that we’d have to foot the bill for the big f**kers ourselves! And have you seen how many feet they have?”

Scientists claim the humungous spiders arrived on the wind from abroad, however this is disputed by local spider, Paddy Crawley, a father of 125 living in Bangor. “We took the bus up from Strabane” he explained. “me and herself climbed into a big GAA bag for a dirty weekend and ended up here. We decided to move in and have wains. They’re upstairs playing there, taking turns standing in the bath til someone comes and screams. It’s wile craic altogether.”

The government is now hurriedly trying to get the creatures ready for workplace employment but they face a huge task according to a source. “We tried them as cleaners to start with.” said Ted Backwash from the Department of Employment & Learning. “They are great at getting into those hard to reach places, but once you show them a hoover out they run a feckin’ mile!”

“Next we tried them as dishwashers” he continued “They were OK with plates and cutlery, but if you go near them with a glass they freak out.  And don’t even get me started on their web design skills FFS.”

Despite this, many gigantic spiders have gone on to promising careers in sports entertainment. “Aye that big bastard under your sofa is training to become a WWE wrestler” revealed Backwash. “He’s gonna be fighting Brock Lesnar in next year’s Royal Rumble.”

“There’s a bit of an unfair weight advantage obviously… but Brock is beating the weight gainer into him to catch up!”

Don’t forget the Ulster Fryathlon is still raising money for Save the Children. Please give generously, we have prizes and stuff….