McGregor to face May after promotional mix-up 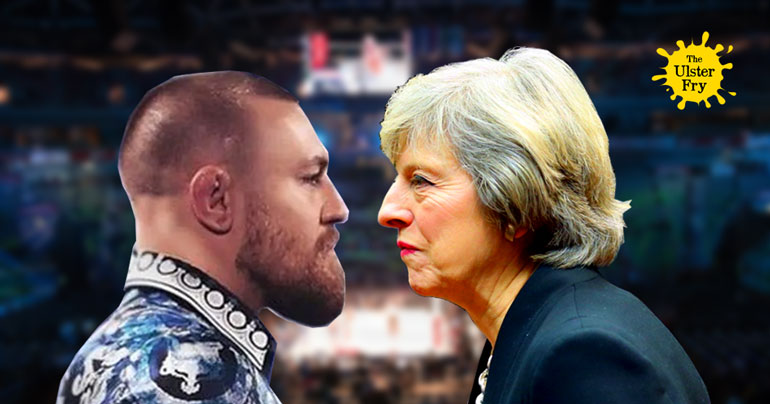 Mixed Martial Underpants fighter Conor McGregor is to accidentally fight UK Prime Minister Theresa May as a result of a printing error in the contract.

The Ulster Fry understands that the agreement that Mr McGregor would “fight Mayweather, subject to a permit” was mis-typed as stating that he’d “fight May, weather permitting”. As a result the faxed contract landed on the desk of Theresa May, who surprisingly agreed to the contest.

“Theresa’s well up for it,” said a spokesman for the Prime Minister. “Although she’s just emerged from a gruelling contest with Jeremy ‘The Cougar’ Corbyn, she reckons she can take McGregor in six.”

Mrs May’s confidence is at least in part down a new coaching set up in her camp. “She’s got Arlene ‘The Boiler” Foster in her corner now,” explained our source, “hopefully a strict diet of Free Presbyterianism mixed with a no-alcohol policy should get her in shape.”

Despite this, some pundits feel that the Prime Minister might not be in the right frame of mind for the contest.

“During the run up to the Corbyn bout she wasn’t turning up to training camps,” says The Daily Mirror’s boxing correspondent Sidney Punch. “She was struggling to make the weight, going on about how she was thinking about Breakfast all the time, that’s not a good sign for a fighter.”

However The Sun’s sports writer Rusty Ring says his paper will be backing Mrs May. “We’ve found an old picture of McGregor where he looks a bit like Gerry Adams in the 80s,” he told us, “that’s bound to swing it for the judges.” 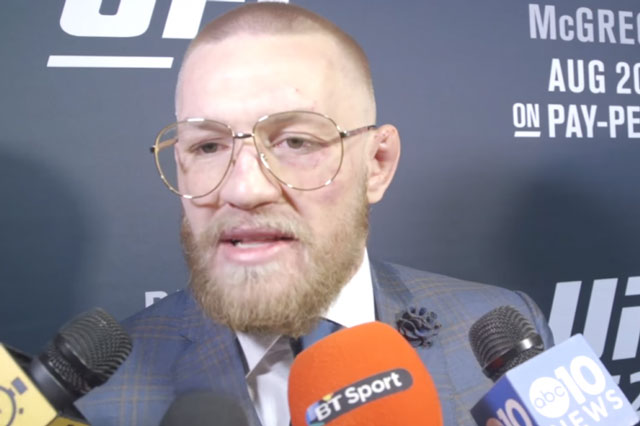