Men still saying ‘we’ and ‘us’ when discussing millionaire footballers, laugh FIFA 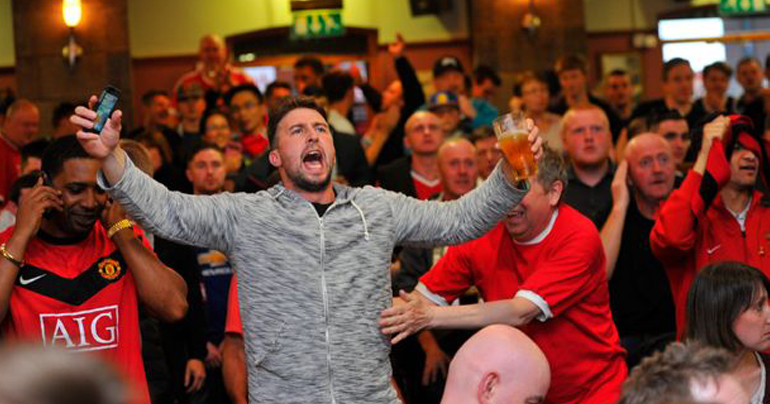 Men are continually taking credit for sports related stuff despite having had no involvement in the actual events, the Ulster Fry has learned.

“In pubs across the country right now, men, most of whom have never even travelled to their team’s home ground, are banging on like they own fucking shares,” revealed FIFA spokeswoman, Charity Shiels.

“Supporting on your team is great like, don’t get me wrong…. but harping on about how many league titles ‘we’ won in the 80’s, even though ye were only 6 years old and always got picked last in P.E?”

“That kinda makes ye a bit of a dick.”

It seems that Man United and Liverpool fans are most guilty of the habit according to our source.

“Most of their fans haven’t kicked balls in their lives,” said football analyst, Doug Houghton.  “Which is surprisingly really, cos they can talk plenty of it!”

“For instance there’s a crowd of them over there arguing about which of them played the best today,” he continued, “but the funny thing is, none of the useless hoors have actually left the pub all day! Except big Davy, he went around the corner to get a chips, peas and gravy.”

In a historic turn of events for armchair supporters however, Premier League skinflints Arsenal have finally recruited a new ‘player’ from their army of fans. 29 year old Jamie Dodger, a builder from Northern Ireland, is regarded as one of the best shouters of drunken tactical instructions at the TV in Europe.

“I’ve been brought in to patch up defence following today’s brutal display against Liverpool,” he excitedly told us.

“And once I’m done with that, they’re looking for me to fix de’ door and de’ windys too.”