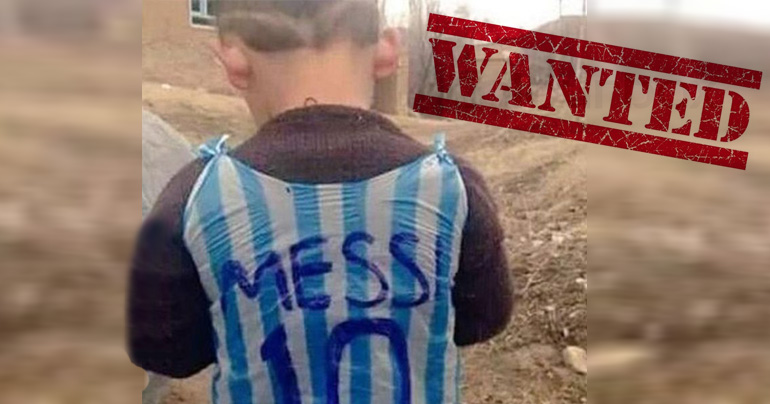 The young boy at the centre of a worldwide search after making Lionel Messi’s Argentina shirt from a blue and white plastic bag is now under investigation by local authorities, we can reveal.

The young lad has taken emulating the exploits of his hero a step too far, and is now facing charges for failing to pay the levy on the plastic bag in question. Messi himself stood trial for tax fraud late last year in Spain.

Mirroring Messi’s case even further, the boys involvement will be overlooked as the prosecution go after his father for amount instead.

Seemingly unfazed by the huge legal drama unfolding around him, the boy went onto score a sensational hat-trick in a street match this morning.  However he was immediately scolded for his mother for dangerously pulling a plastic bag over his head in celebration.

A JustGiving page has been setup to help raise the 5p needed.