Middle aged men “fed up with being ogled by young women” 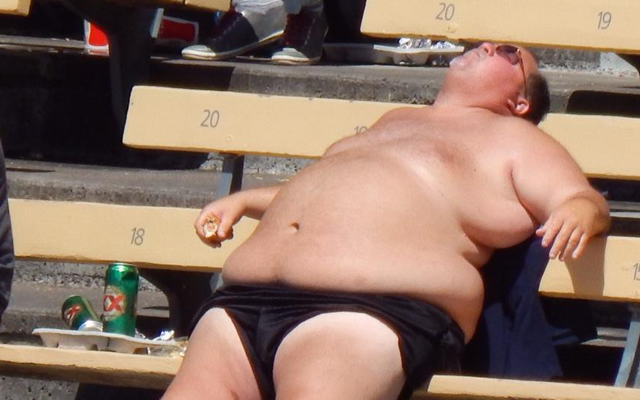 With the good weather finally allowing us to shed our winter clothes, middle aged men up and down the country are complaining of being “treated like pieces of meat” by younger women, according to a report released today.

Commissioned by the Northern Ireland Men’s Liberation Front, the report reveals that leering women are making their male counterparts feel uncomfortable as they attempt to relax in the sunshine. We sent our reporters out on the streets of Belfast to see just how widespread he problem is.

“I should be able to dress how I see fit,” said 46 year old Barry Tubbs, “If I want to leave a couple of buttons undone on my shirt, or strip down to my vest, I’m doing it because I’m feeling hot, not because I want to look hot. I really don’t need these young dolls trying to get a glimpse down my top, it’s my body after all.”

“Aye they’re all at it,” said bank clerk Simon Chunker, who we found relaxing outside the city hall. “Look at them, I’m just trying to enjoy my lunch in the sunshine and they’re all sitting there in their little strappy tops, undressing me with their eyes. It demeans me as a man.”

51 year old Sean Bloat had much the same complaint. “I decided to wear shorts today, and have regretted it ever since,” he told us. “Admittedly they’ve seen better days and are a bit tight round the sheugh , but I should be able to go for a slider without some wee cutty ogling my arse cleavage at the pokevan.”

We decided to approach some women for their opinion on the scandal, but when we asked some random ladies if they enjoyed staring at scantily men in public places they immediately reported us to the police.