MLAs claim £1.2 million in expenses whilst arguing about expenses 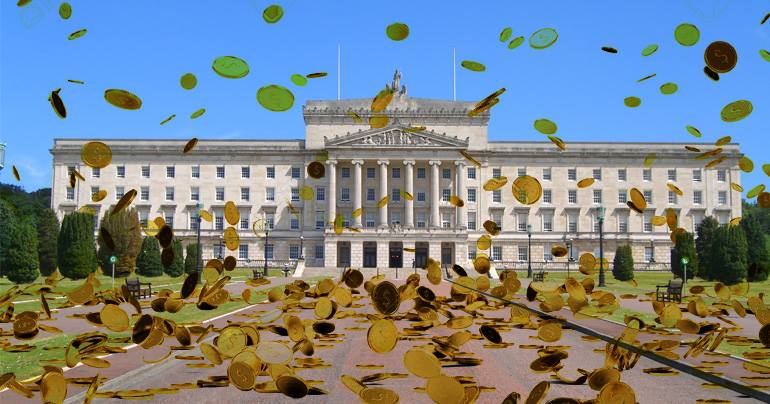 Stormont politicians have lodged over one million pounds in claims to help them cover the cost of debating the expenses scandal, The Ulster Fry has learned.

The news came to light after concerns were raised by the Independent Parliamentary Standards Authority that MLAs were able to overturn rejected expenses. Needless to say the politicians were quick to refute such allegations, but only after lodging exorbitant claims to cover their work.

DUP East Belfast MLA Andrew Robbingsome says he was forced to travel to Stormont via a very circuitous route to debate the issue. “I had to take the ferry to Scotland then return on a flight from Glasgow, before hiring a limo to drive me to the Assembly,” he moaned. “The worst part was the trek up the hill, I’ve had to claim £350 for a pair of walking boots for that.”

His party colleague George Trough says he worked long into the night researching the issue. “It was Baltic in the office, so I’ve claimed £425 for heating oil,” he said. “That may seem high, but two of my neighbours said they’d look into it as well, so I had give them a few quid.”

Research was also high on the Sinn Fein expense account. “This is an important matter,” claimed West Tyrone MLA Phelim Flush. “So we’ve paid a research group run by the party £140,000 to examine the issue. I suppose you could say we’ve given ‘ourselves a loan’, ” he laughed.

Meanwhile SDLP representative Nuala Shoes and her UUP counterpart Jimmy Cash are planning flights to Australia to see how things are done there. “It can’t do any harm,” said Nuala, as she lodged a claim for suntan lotion.

First Minister Arlene Foster tried to say that reform of the system is essential to restore public faith in the institutions, but everyone kept laughing at the word ‘restore’.