MLAs ‘really deserve their payrise’, says everyone in N. Ireland 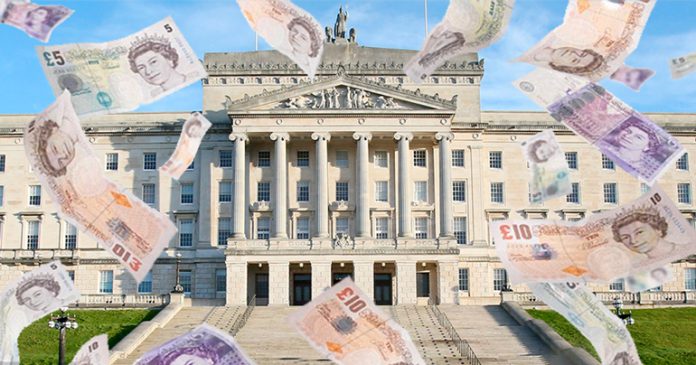 The people of Northern Ireland have universally welcomed the news that MLAs are to get a £1000 pay hike, which comes just days after they returned from 3 years lying on their arses.

“They deserve every penny,” said Antrim man Noah Cash, “Just this morning, the wife was hoking down the back of the sofa to find money for school dinners, and I was saying: ‘if you find any extra put it in a jar for those hard up MLAs, they need it more than we do.”

“She didn’t get anything in the end, so the weans have no lunch today, but if she did I’d have sent it straight to Paul Givan.”

We bumped into Strabane housewife Irma Stoneybroke outside the local food bank, and she agreed fully.

“Look at the work they’ve put in over the last few years – sure you couldn’t ask for more.”

“I originally came here to get food for my family, but I may as well get a few tins of beans for the MLAs as well, God bless them. I’ll drop them into the Sinn Fein offices on my way to the Credit Union.”

A Stormont spokesman explained that the rise was probably in line with inflation, and would send a clear message to public workers around the country.

“This shows that strikes are not the best way to get a pay increase,” he told us. “What you have to do is fall out with the people you work with, then all storm out of the office and sit at home saying you’re willing to work but only if everyone agrees with you.

“Then, after a lock of years complaining, go back in after you’ve had a shit election result, and we’ll give you a pay rise. We’re calling it under-performance related pay.”