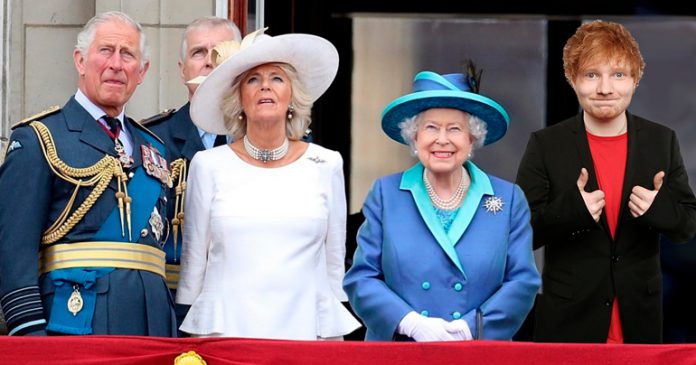 Irritating pop star Ed Sheeran has been approached to take over the role of “Ginger Prince” in the Royal family, a Buckingham Palace insider has told The Ulster Fry.

It is believed that the Queen was concerned that Harry’s decision to step back from official duties left the monarchy open to accusations of institutional “Gingerism”. A widespread search for a replacement followed, with Sheeran eventually emerging as the front runner.

“For centuries Gingers have been routinely oppressed, so have an inbuilt distrust of the dark and blonde haired establishment,” says our man in the palace, Orson Carriage.

“Because of this, the Royal family has been working hard to engage with the wider Ginger community. Harry was a godsend in this regard, but recent events will have re-opened the ancient divide between our peoples.”

Other famous gingers considered for the role are believed to include former Manchester United midfielder Paul Scholes, DJ Chris Evans and retired action star Chuck Norris, but in the end there was unanimous support for Sheeran. However, the move is not without risks.

“The Queen seems to have forgotten that Ed Sheeran is a twat,” says Carriage. “She might have been better off with Chuck Norris, even if he did cause the odd explosion at a diplomatic function” ”