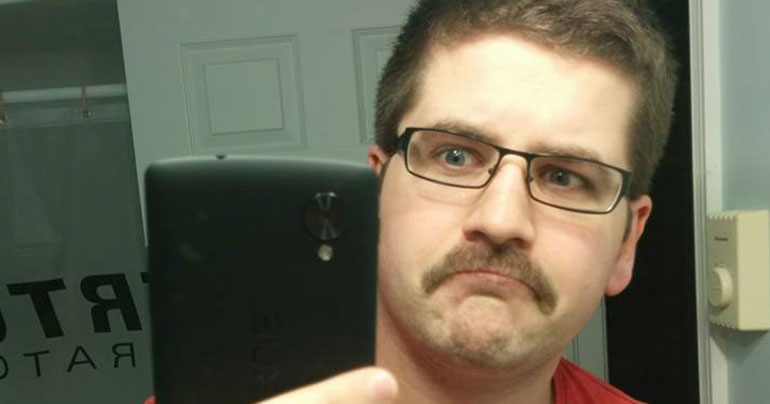 Despite eons of dull Facebook evidence that self-absorbed male humans have been taking moustache selfies for millions of years, political spoilsports, the DUP, today bizarrely claimed the practice is only a few thousand years old.

“It’s our belief that man has only been walking the earth with ridiculous moustaches since the time of Moses” revealed DUP spokesman, Tim Selleck.

However these views have been slammed as ‘archaic’ by Facebook users, who unanimously agreed that men had been striking poses to desperately show off their retro facial hair for entirely charitable reasons since the dawn of time.

Bert Reynolds, lead Movember engineer at Facebook agreed. “Our records indicate the male ritual of puckering a newly moustached face into a range of poses including 70’s TV cop, retro porn-star, Sons of Anarchy extra and prison inmate, goes back to the Paleolithic era of man.”

“In fact some of our earliest status updates were merely cave paintings of boys pulling Hulk Hogan expressions” he revealed.

The popular practice, now in it’s 1.8 millionth year, still delights social media users, who reportedly all excitedly ‘can’t wait’ for their timeline to starting being filled with photos of boys gurning behind a veil of desperate bumfluff.

However not everyone agrees. In a controversial statement released this morning, Facebook founder Mark Zuckerberg said, “I’m sorta sick to the back teeth with it now to be honest lads. I know it’s for a great cause and all, but yees are pure ripping the hole out of it now! Can we not do something else? Maybe shave our heads or skull a few pints?”

Following his remarks, Facebook announced a revolutionary new donation system which would totally block Movember selfies from your timeline once you have chipped in a few quid.

Shares in Facebook immediately jumped to a five year high.