Man admits hangover is own fault 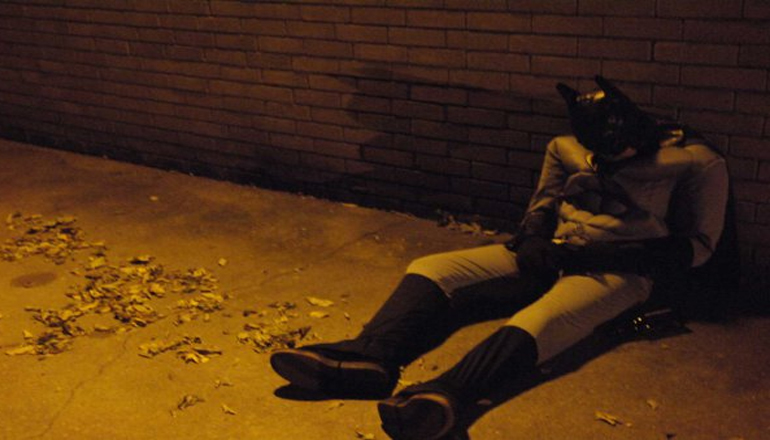 A Dundonald native has shocked the world of men this morning by admitting that his hangover is probably self-inflicted.

Stephen McGreedy, 33, spent Halloween recklessly ingesting vast quantities of alcohol whilst dressed as Batman, after telling his wife that this was somehow ‘traditional’. Today he has been functioning at the lowest possible level.

However, despite his obvious over indulgence and evident lack of self-restraint, McGreedy spent the better part of the morning blaming the after effects on dubious factors such as ‘mixing drinks’ or ‘contaminated pipes’.

Professor Bazza Guzzle of Lisnasharragh University told us that this sort of behaviour was a vital male defence mechanism. “Most men refuse to admit that drinking lots of alcohol invariably leads to feeling like shite the next day. They will attribute their condition to things such as ‘a bad pint’ or ‘that kebab’ they had on the way home. These excuses are part of an unwritten law of men – never confess that your hangover is down to wrote affedness.”

Delusional McGreedy did initially claim that foul play was afoot. “I drink beer all the time and I’ve never felt this way. Clearly one of those twenty-four pints I drank was off,” he had told his sceptical spouse. “I’ve a good mind to sue that bar for assault.”

However after a prolonged bathroom break and six cups of tea, McGreedy broke down and confessed that his condition was most likely the result of his own actions, telling his wife that he was “off the drink, til my brother’s stag do next week anyway.”

The admission has been met with a furious response from the National Union of Men, who issued a statement denying that alcohol caused the problem. “We can’t have this type of information leaking out,” said NUM chief Arthur Lager, “before you know it we’ll find our members forced to do chores on Sunday, despite crippling illnesses.”

Mr McGreedy has since been expelled from the Union, and is presently helping his wife in the soft-furnishing section of IKEA.