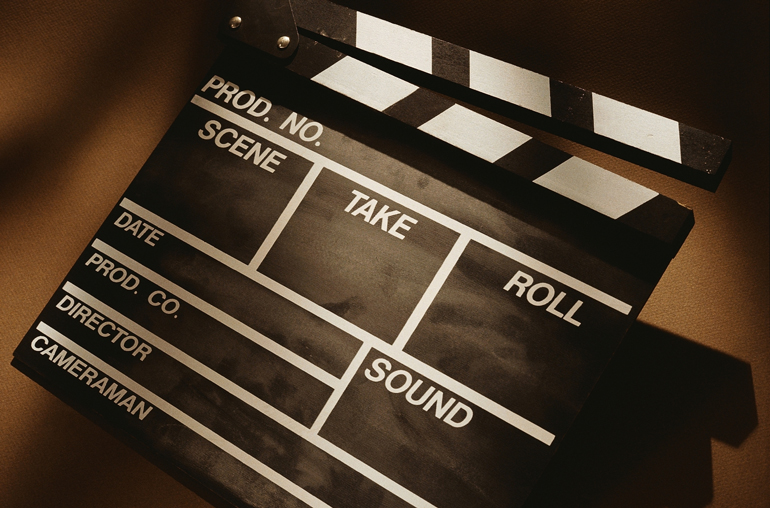 A new movie that began shooting in Belfast today is thought to be the first of its kind, as it will not have “any auld shite about the troubles”.

“It’s a romantic comedy,” said the film’s director Francis Ford Cortina, “but in an unusual twist for a movie about here, both of of the star crossed lovers will be the same religion. In fact their religion never gets mentioned at all, and we haven’t given them stereotypical names like Billy or Sinéad, we’ve just called them Dave and Sharon.”

Hollywood hunk Gloss Damon, who plays Dave, told us it was a very unusual role for a Belfast movie. “Aye I don’t play an on-the-run IRA man, or a reformed IRA man, or a disgraced rogue IRA man who has fallen for a retired RUC man’s daughter who has joined the UVF. In fact I just play a bog standard civil servant who processes grant applications at the Department of Agriculture, one who doesn’t have a dark past or anything.”

His co-star Sandra Bollock says she’s very much looking forward to filming in Belfast, even if she doesn’t get to pretend to live in a house with a mural of King Billy on the gable. “My character lives in a nice semi in Ballyhack and works in Lidl,” she says, “she doesn’t really care about religion and stuff and just tries to get on with shit. Her da isn’t a paramilitary or anything, he’s a painter and decorator who sometimes does a bit of work cash in hand.”

The two American stars have really been getting into the swing of Northern Ireland life, says Sandra. “We’ve both been living on pastie suppers and brown lemonade for the last three weeks to get into our roles and we’ve worked hard to get the accents right. I’ve been watching BBC Newsline to learn how to talk like Donna Traynor and Gloss reckons he’s got Julian Simmons off to an T. We can both do ‘situation’ like proper Belfast folk and I can even say Lidl correctly.”

The film itself won’t have any haunting Irish music and no one will get shot, says Cortina. “It’s a light hearted comedy, mostly,” he revealed, “with a bit of added dramatic tension when Dave tries to sign up for a cycle to work scheme at the office.”

We asked him what the movie was called but he couldn’t remember.

Share
Facebook
Twitter
Pinterest
WhatsApp
Previous articleSky to launch new ‘Who the feck are they again?’ button for Game of Thrones
Next articleLocal man with convertible car “being a right pain in the hole” says everyone