Sky to launch new ‘Who the feck are they again?’ button for Game of Thrones 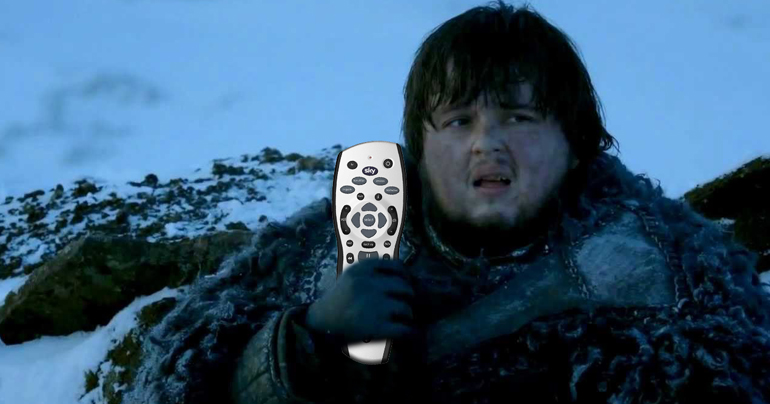 As epic fantasy Game of Thrones enters it’s final season, Sky have revealed a new interactive service which allows viewers to figure out ‘who the feck someone is’ at the click of a button.

“I’ve watched every episode,” said local fan Jon Slush from Newry, “but I still get wile confused about who people are sometimes. There are that many of the hoors and often you don’t see characters for years – then all of a sudden, they turn up in a tavern to cut someone’s throat, buck the barmaid and kidnap one of them Stark kids. It’s class like, but it’s wile hard to follow.”

Fellow night watcher Jimmy Bannister from Cookstown agreed. “I watch it with the girlfriend on a Monday night, but between trying to spot NI locations, beardy folk we know playing extras and pressing pause for the diddies, half of it goes over my head to be honest. I get the general gist of it like… that your man the wee fella has the ring of power and has to fight a dragon at some point, but other than that I’m a bit f**king lost tbh.”

“This new interactive service will allow viewers to discover who someone is at the press of a button,” said Sky spokesman Lambsy Bolton.

“We don’t mean by name obviously,” he continued, “but we will offer helpful wee tidbits to jog a viewer’s memory such as ‘Thon big fella from season one who chopped yer man’s head off’, and ‘The bisexual fella from season two who bucked yer man, then bucked his sister, then killed them both with an axe – as he was bucking them’… that sorta thing.”

Sky say the service has launched in time for the new season and that remote control units have already been shipped, but there is a catch. “In keeping with the traditions of Game of Thrones we’ve added a new secret button,” says Bolton. “Anyone pressing it will brutally kill off another viewer without warning.”