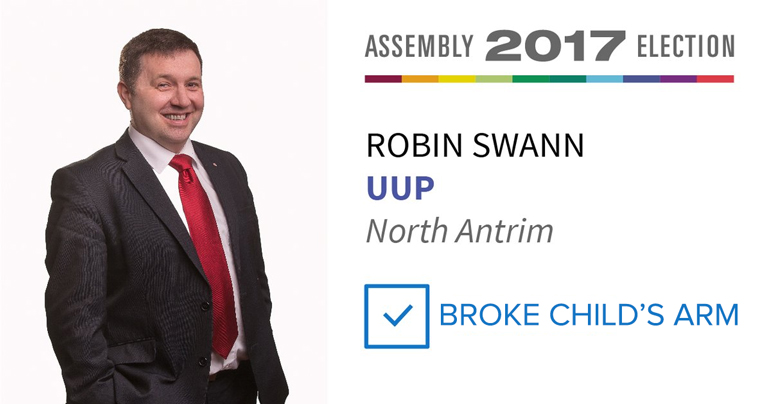 The newly appointed leader of the Ulster Unionist Party has hit out at rumours that he once broke a child’s arm in a bizarre wing flapping accident.

Robin Swann, 45, is alleged to have inadvertently injured a 6-year-old boy whilst being fed bread by children at the lake in Mount Stewart in 1998.

“I categorically deny these rumours,” Mr Swann protested. “I have never visited Mount Stewart and even if I had it is highly unlikely I would have accepted bread from strangers. It is also untrue that I am owned by the Queen.”

Other party leaders here have also denied name related allegations that we invented. “I am quite short,” the Alliance’s leader Naomi Long told us, while Sinn Fein’s Northern Commander Michelle O’Neill rejected our claims that she was the manager of the Northern Ireland football team.

Likewise the DUP’s Arlene Foster dismissed allegations that her political career was funded by an Australian beer company, although SDLP leader Colum Eastwood accepted that he had a grandfather called Clint.

A spokesman for The Ulster Fry later admitted that he was quite hungover when he wrote this story and only made the rumour up because it was the first thing that came into his head when he saw the name Robin Swann.