Fury as passenger is ejected from Translink Goldliner service. 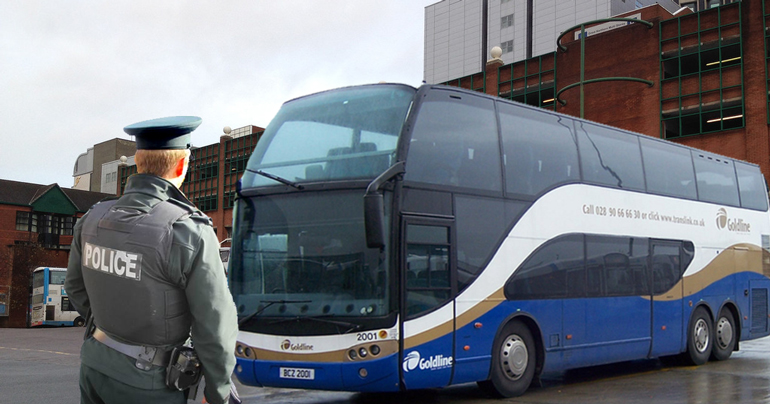 There is widespread anger on social media today after a passenger was forcibly removed from the 238 Express service from Belfast to Newry.

In a virtual mirror image of what happened on a United Airlines flight yesterday, the incident occurred after the passenger, named locally as Justin Thyme, took his seat at the Europa terminus.

It is understood that around 45 pensioners then boarded the bus, all of them returning to Hillsborough having travelled up on their free passes to “get a quick coffee and maybe call into Marksies” earlier in the day.

Staff were then forced to make the difficult choice between leaving behind the paying customer or one of the pensioners. “We decided on Mr Thyme,” said Translink spokeswoman Perpetua Pryce-Rise. “To be honest we couldn’t be arsed listening to thesuns moaning on Nolan the next morning.”

Police were called after Mr Thyme refused to budge and he was eventually removed and charged with resisting a ridiculous request.

“They made the right decision,” said 75-year-old Wanda Moan from Anahilt. “I was just saying to my friend Jean how we’d paid taxes our whole lives to get these free passes, even though they were introduced after we stopped paying taxes. These pesky paying passengers are always taking up our seats, you’d think they’d only allow people to pay outside peak times or something.”

Footage of the incident hasn’t gone viral on social media as none of the witnesses can work a smart phone.