Newcastle to bid for 2026 Winter Olympics 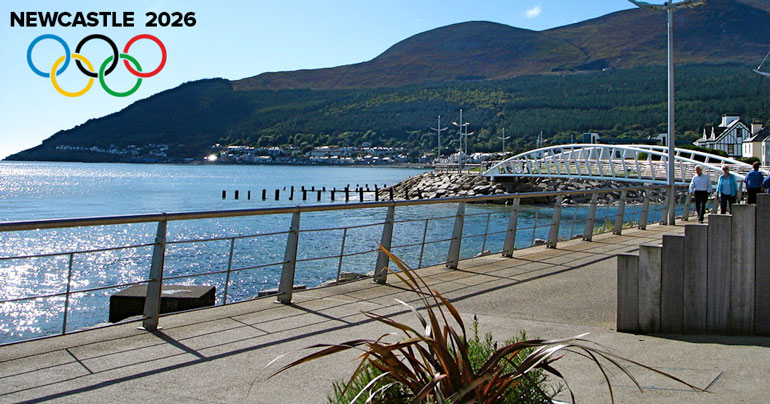 Following the announcement that a snowless Beijing will host the 2022 Winter Olympics, Newry, Mourne and Down Council has revealed an audacious bid to bring the 2026 games to the seaside resort of Newcastle.

“The Beijing news defies all logic,” says Winter Games expert Frank Slalom, “one of their venues is on the edge of the Gobi Dessert. They’re going to have to generate thousands of tonnes of artificial snow to be able to host the event, so I don’t see why Newcastle shouldn’t put in a bid. They can at least muster a hard frost.”

Council officials are upbeat about the Newcastle bid. “We’ve had our best people working on this for literally hours,” says bid chairman Steve Donard, “if we can manage the Irish Open golf and Hugo Duncan’s truck run, the Winter Olympics should be a piece of piss. We’ll need to guarantee a bit of snow so we’ll hold it in June, and if we’re short of the white stuff we can always whip some up in the various ice-cream parlours around the town.”

“Most of the infrastructure is already in place,” he continued “we have the mountains for the skiing, obviously, and we’ll freeze over the boating lake for the ice-skating. The Tropicana’s water slides can double up as bob sleigh runs and the Kent Amusements have agreed to allow us to use their dodgem area for the curling.”

In a surprising move the bid proposes to bring the town’s famous Slippery Dip slide out of retirement. Although it was declared a World Heritage Site by the UN in 1973, health and safety officials forced it to close in the 1990s amid claims that it was a “death trap”. Nw it will be rebuilt across the road from the Bon Bon to provide a venue for the ski-jump.

However, as with China’s bid, there are some concerns about the Human Rightr record of the Council. “The town regularly forces people to listen to U105 and Radio Ulster roadshows,” says Amnesty’s Sean Liberal, “and the licensing laws are draconian. You try getting a drink after 1am, there’s only Quinn’s and you’d need to be a nutter to go there.”

We contacted the International Olympic Committee to see if the town’s bid had much of a chance and they told us that it was a great idea. “The cheque’s in the post lads?” said IOC Vice-Chair Feng-Shui Doherty, “the one from you I mean… You didn’t expect to get this for nothing, did ye?”