Next season of The X-Files to be filmed in Belfast 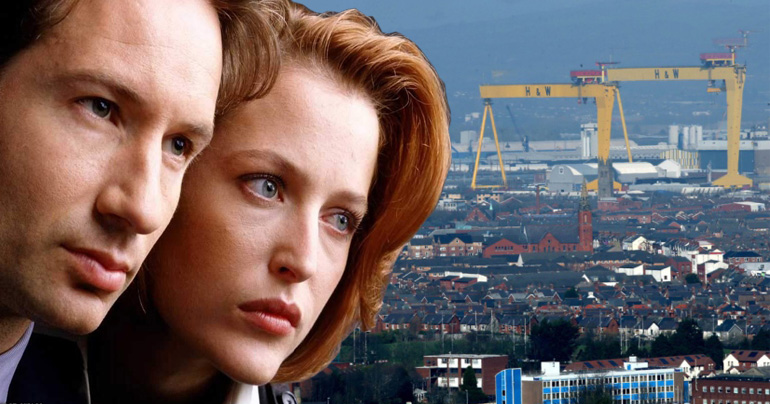 Following its dramatic return to television last night, the US producers of The X-Files have confirmed that they’re relocating the show to Northern Ireland next season.

“Sure Gillian’s always in Belfast chasing thon serial killer fella from 50 Shades now, so it just makes sense” confirmed X-Files creator Chris Carter today. “Besides, we’ve been ripping the arse out of the whole supernatural & alien abduction craic for years” he laughed. “Northern Ireland opens up a whole range of interesting new story lines to for us to explore.”

“Plus the wages here are crap… so we’ll save a clean fortune!”

The Ulster Fry understands the first Ulster X-Files case will investigate the mysterious numbers on bottles of Buckfast. “Fox wants to believe there is some truth to the legend naturally.” continued Carter. “Whereas Dana being the scientific one will spend a week getting totally wrote aff and posting embarrassing short videos of herself online whilst she’s snattered, to document her findings.”

“The episode is called ‘Tonic Vine'” he revealed.

Further cases for are thought to include an investigation into allegations that bigots and criminals have infiltrated government and mysterious sightings of little green men arguing with little orange men.

In later episodes the pair will examine the country-wide phenomenon of piss poor street lighting, before a gripping season finale focusing on the search for a mythical bank machine somewhere in Belfast’s Cathedral Quarter.

Keen to capitalise, NI Tourist Board have already rebranded a North Antrim town in celebration of Gillian Anderson’s continued support of the local film industry.  However residents of Scullybackey are said be less than impressed with the move.