Next year’s Balmoral Show to be held in Rome 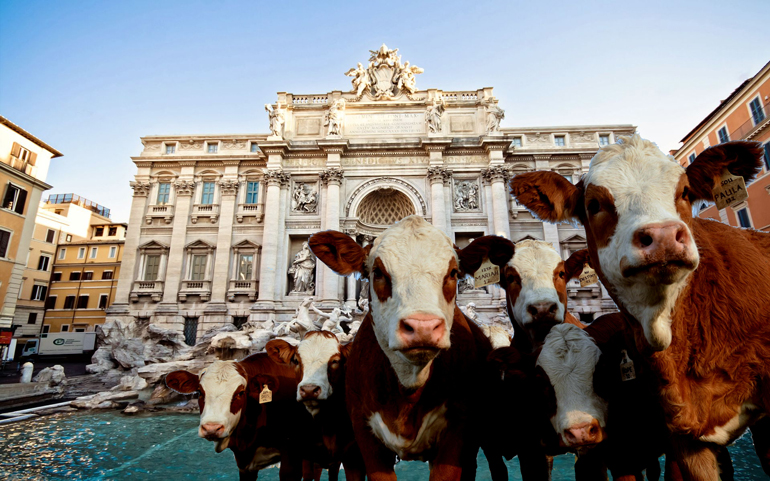 There was a furious reaction across rural areas of Northern Ireland this evening when it emerged that the first two days of the 2016 Balmoral Show will be held in Rome’s historic Colosseum, as part of the deal that brought the Giro d’Italia to Northern Ireland last year.

Groups of disgruntled farmers, already angry that moving the show to the Maze had robbed them of their annual trip to Belfast, have blocked roads and toilets across the province in a series of coordinated strikes instigated by coded messages released by Hugo Duncan during his afternoon radio show.

A security insider revealed “Duncan has long been considered a spiritual leader by many farmers, and it seems that this Balmoral move is a step too far for both him and his followers. He broadcasts live from the show every year, but is unable to go to the launch in Rome as he is banned from travelling to most European countries.

Meanwhile in Italy the locals have really got into the Balmoral spirit, embracing our rural ways in a manner similar to Northern Ireland’s enthusiastic response to all things pink and Giro related. Roads around Rome’s city centre have had potholes and dung added, and sheep are routinely blocking up key arterial routes.

The famously elegant Italians have joined in the fun. Armani suits have been ditched, replaced by the trademark Ulster combination of two Dunnes jumpers, a flat cap and trousers held up with baler twine.

A spokesman for the Office of First and Deputy First Minister has admitted that this is just the first of several similar plans. “Next year’s North West 200 is being held in Paris,” he explained, “and we’re considering a bid from Tokyo to host the County Fermanagh Twelfth”.