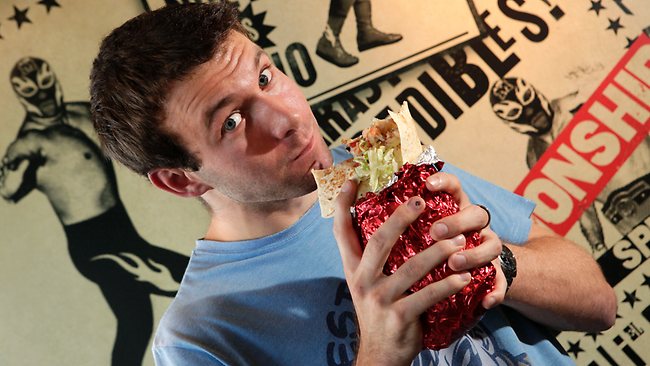 A relatively unknown election candidate has leap-frogged into pole-position for the hotly contested Belfast South seat today – after he promised voters ‘a free burrito’.

Liam Rice, an independent running on his own ticket in the local elections, unveiled his unique manifesto promise at lunchtime today – to a packed queue in Boojum, Botanic Avenue.

The audacious plan already has the other candidates rumbled, as a quick survey in the area showed that Mr Rice was polling extremely favourably. “I think it’s a great idea!” said local university student Paddy Guacamole. “I’m not really sure what his policies on healthcare or education are yet, but I’m definitely up for a free burrito!”

“Do ye know if jalapeños free too? or is that extra?” he added.

Local DUP candidate Jonathan Bell was quick to slam the offer as ‘blatant bribery’ though, citing recent cases in England where Conservative and UKIP candidates have been black-balled for trying to ‘sway’ potential voters with cakes and sausage rolls. However Mr Rice has clearly done his homework on the subject, pointing out an obscure sub-clause in the Good Friday Agreement which allows the sharing of Mexican food with the public during election time.

“Aye, John Hume used to hand out Doritos in Derry all the time!” admitted Mark Durkan from the SDLP when quizzed earlier. “He loved the red spicy ones and always took a big family-size bag out canvassing to keep him going. He didn’t mean any harm like, it was just a friendly offer of a wee crisp – so he was adamant it went into the agreement.”

“Trimble didn’t put up much opposition.” he added. “He was partial to a few tortilla chips himself back in the day, although he preferred the orange wans”

Speaking exclusively to the Ulster Fry this evening, Mr Rice said “The burrito offer may be a seen as a bit of a gimmick, but I fully intended to do a good job for the people of South Belfast. At the end of the day people here are sick of useless politicians who can never finish what they start!”

“Anyway, that’s me feckin stuffed!” he said as he wrapped a half-eaten burrito in tin-foil again. “I might eat that other bit later.”