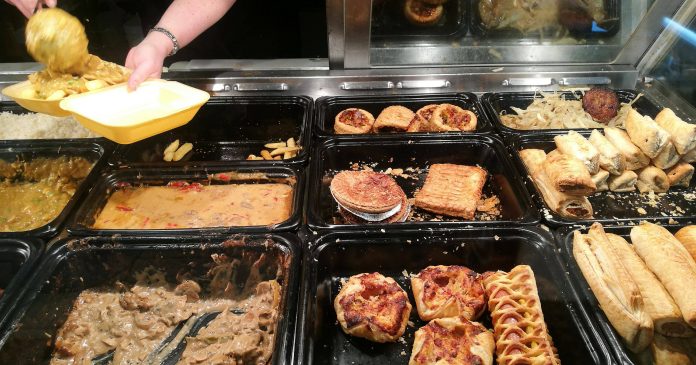 A top French chef has opened a fashionable new Parisian restaurant that only serves delicacies traditionally found in a Northern Irish petrol station.

43-year-old Marco Peure Shite told us that he came up with idea while holidaying here last summer.

“Oui,” he said (instead of yes), “I often stopped at your garages, and noticed that they all have a type of deli which is unique to your part of the world.”

“In Paris, a delicatessen will sell les fancy cheeses, les olives, les gourmet meats… but in Irelande du Nord they have an incredible range of lard based products, wrapped in pastry or stuck in un bap.”

Situated on the Champs Elysées, as it’s the only French street we know, Le Filling Station has been fully booked since it opened, with Parisians flocking to enjoy sausage rolls, bacon baps and filled sodas.

“For dessert I may have un Pear Picking Porky, a gravy ring or perhaps one of your traditional pokes, maybe a mixture of all three!” she revealed. “Although I’m told that you should never have a poke in your gravy ring, unless you’re feeling particularly exotic.”

If successful in this venture, Marco intends to import more Northern Irish cultural delights to France.

“We have plans to hold ‘Le Festival de l’Orange’ next July,” he revealed. “Hopefully Monsieur Mayor will give us a grant to buy a rake of pallets.”