“Yer hole, we’ll have our own World Cup,” says whole of Ireland 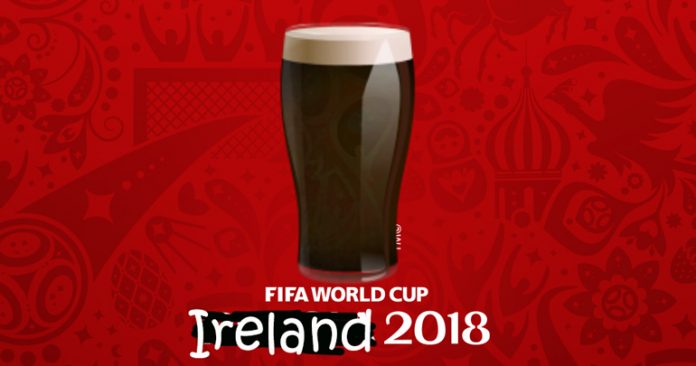 With both Northern Ireland and the Republic exiting the World Cup at the final hurdle, the IFA and FAI have finally got together and agreed to hold their own “All Ireland” tournament next year.

It is understood that the associations intend to field sixteen sides each, so that they’ll be able to play each other multiple times and complete a full tournament.

All retired international players have been recalled to active service and the search is already on to find 32 different managers who have the surname O’Neill. The eligible players will then be divided into age categories to ensure a level playing field.

“It’s gonna be a fairly complex draw,” admitted a senior IFA spokesman. “We’ll not only need to make sure there are two teams from each association in every group of four, we also have to avoid a situation where Pat Jennings leads the Northern Ireland over 70s against the Republic’s under 21s.”

“Although to be honest I still reckon we’d win”

Fans of both teams have welcomed the move. “It’ll be mighty craic altogether,” we were told by one Republic fan from Lurgan. “Sure this way we’re guaranteed to get to the final, and we can all get blocked for the whole tournament.”

Fresh from his insightful article on Belfast Live today, local journalist and football expert Joe Lindsay is understood to be looking forward to the tournament, and is planning to write a series of articles without actually attending any matches.