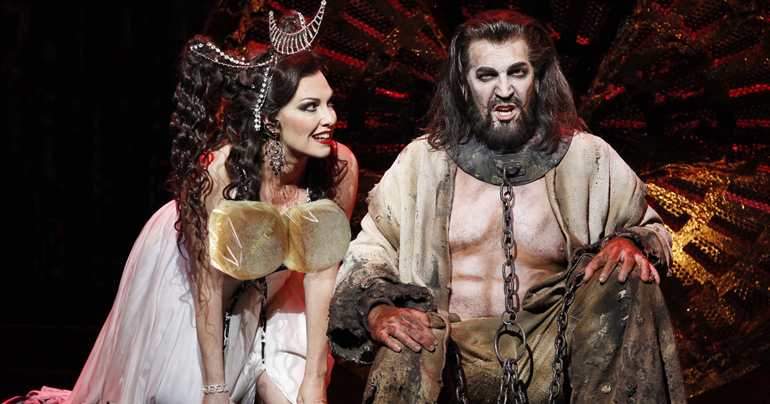 There was much wailing and gnashing of teeth in Ballymena last night, after it emerged that a production of Richard Strauss’s opera Salome at the Grand Opera House may feature up to 10 seconds of bare bum.

The scandal came to light after the show’s producers emailed ticket holders, warning them that “there might be a pair of diddies in this, somewhere towards the end of the dance. We thought we’d better warn you just in case you’d blink.”

As soon as the news broke the media were quick to get to work on whipping up a scandal out of nothing, and so were careful to avoid contacting any representatives of the main religious denominations for comment. Instead most media outlets got on the phone to the self appointed moral guardian of the nation, and regular “talking head” on the BBC’s Nolan Show, the Reverend David McIlpain, whose church takes in an astonishing 0.6% of the population of Northern Ireland..

“This is a f**king disgrace,” said Rev McIlpain, “Everywhere you look these days there are women dangling their ornaments at us, it’s almost enough to make you turn gay, if that wasn’t a sure-fire road to damnation.”

When asked about the potential consequences of the diddy display, the Rev McIlpain was gloomy in his predictions “I’ve checked in the Bible, and the chances are that if this woman gets her parcel shelf out on the stage of the Grand Opera House, God will send some kind of plague upon the nation unless we make her wear a cardigan.”

God was unavailable for comment, apparently he has more important things to worry about.