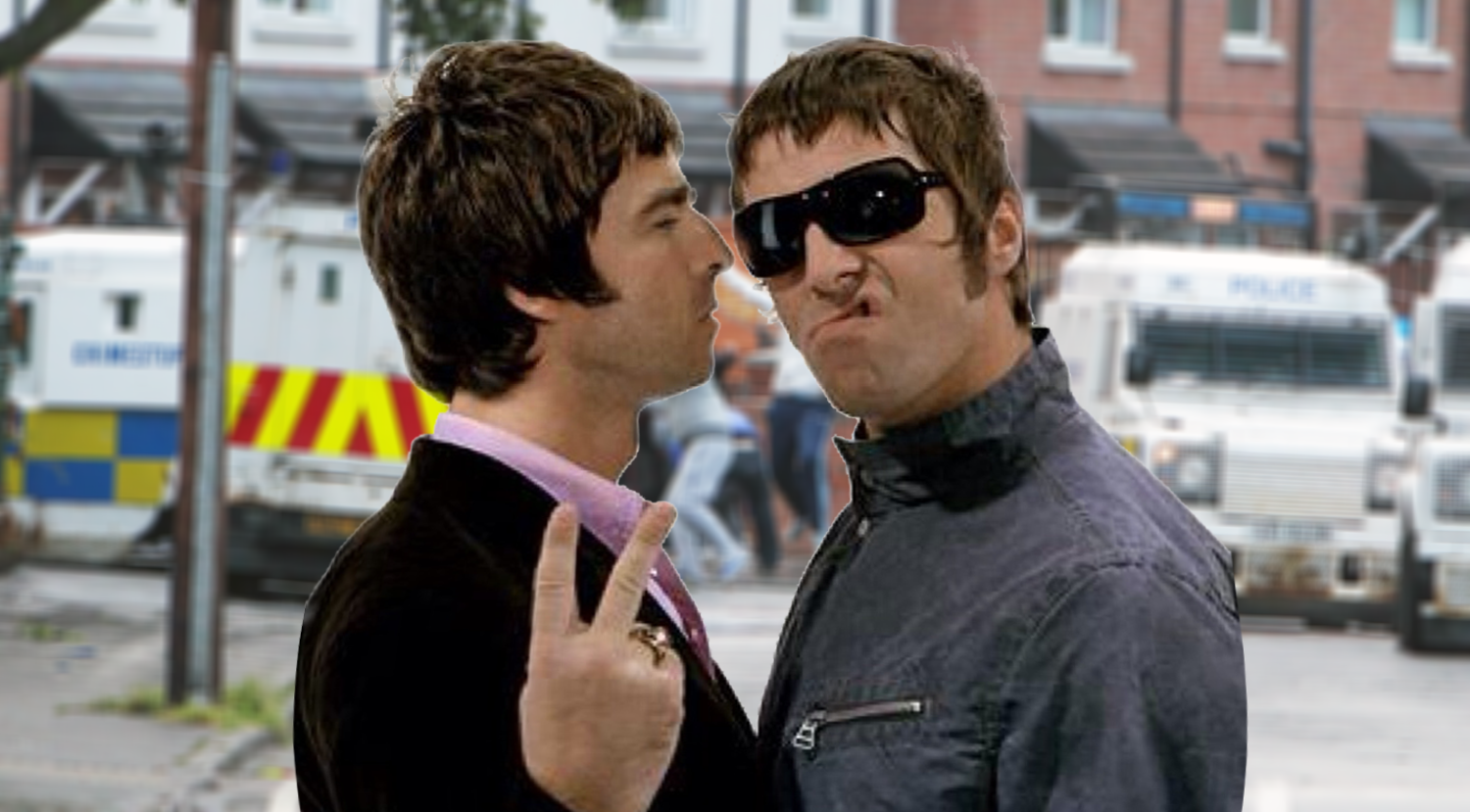 Feuding Oasis brothers Liam and Noel Gallagher are so determined to continue their long-running disagreement that they have moved to Belfast and joined different sides of the political divide, the Ulster Fry has learned.

“Noel has just bought a house in the Shankill Estate” revealed estate agent, Norton Pinprick “He’s also applied to join the Orange Order and pledged up to 4,000 wooden pallets for the bonfires this year!”

“Technically he shouldn’t really be allowed in cos he’s one of them” he continued. “But the Order are willing to overlook this to have a high-profile celebrity figurehead with a Union Jack guitar. They’ve already been working on catchy new slogans such as ‘Noel Surrender’ and ‘Mod Save The Queen'”

Liam on the other hand has moved into neighbouring Falls Road, and has already impressed Republicans with track record of starting dissident factions of Oasis following the bands demise.

“We’re also heartened that he continually dresses like a Provo volunteer from the 1970’s” revealed Sinn Fein spokesman, Fiachra O’Fuchstichs. “Plus he was once married to someone called Patsy and apparently can ‘Live Forever'”

“Much like many of the recently decreased folk who will vote us on Thursday!” he added gleefully.

The brothers are set to phone into The Nolan Show tomorrow to disagree about flags and marches, before agreeing to settle their differences in a family riot at the Short Strand.

Local politicians have welcomed the pair to Northern Ireland, revealing that their election manifestos have been inspired by Oasis for many years.

“All the promises made by NI’s political parties are heavily influenced by Definitely Maybe” revealed a Stormont spokesman.