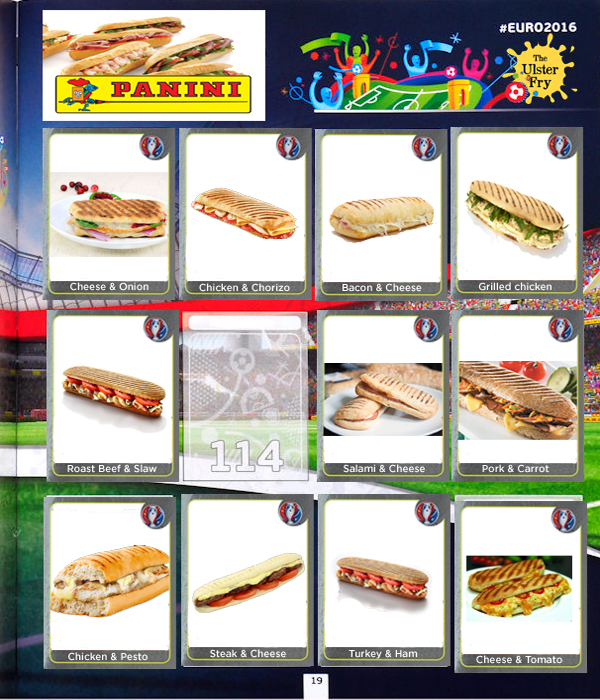 Italian sticker giant Panini has really given its fans something to get their teeth into, a Euro 2016 album devoted entirely to panini sandwiches.

Launching the new collection, company chairman Giotta Lottaswapsi told press that his firm was confident of success. “We needa to find newa ways of pleasing our customores,” he told reporters. “We’ve had about 40 albums linked to de Euros already, one about stuff people eat seemed like de nexta logical step.”

“I’ve a fair collection to trade already,” she told us. “I’ve completed the poultry sections and have a load of doubles if anyone’s interested, even a shiny of Chicken and Bacon – that’s bound to be worth a few swaps.”

The move is part of an expansion by the famous sticker firm, as they look to  diversify their product range away from the traditional sports market. Two new albums – UEFA Champions League Household Cleaning Products and Rio 2016 Banned Substances – are planned for summer.