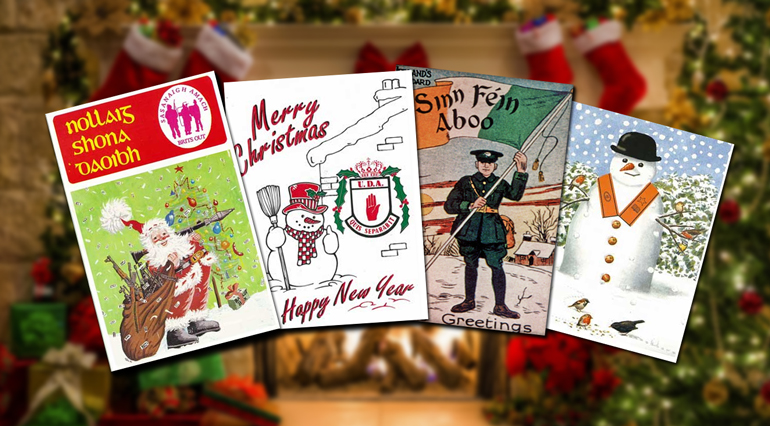 People who refuse to send out Christmas cards because they claim to care about the environment actually just can’t be arsed with it, an in depth study by The Ulster Fry has revealed.

“Yeah, I posted on Facebook that I won’t be ‘doing cards’ this year,” we were told by 43 year old under-employed child actor Sarah Bauble. “I told all my friends that I was turning my back on the capitalist card industry and would instead sponsor a goat in an African village, but really I just can’t be f**ked hoking out all their addresses. I probably won’t sponsor an African goat either, unless it’s giving up beer for January.”

Jamie Tinsel, an amateur golf professional from Craigavon, admitted that he’d be boycotting the ritual because he hated all his relatives. “Why would I be arsed sending cards to that bunch of clowns – to show that I’m thinking of them? I never think about them at any point during the year, never mind Christmas, so I got my da to tell them that I wouldn’t be doing cards because of climate change. I’ll still be sending one to that girl I fancy behind the bar in the Golf Club though.”

There are fears that the trend could mark the end of the once popular seasonal tradition, in which people lovingly write to all their family members to tell them how precious they are on a multi-box of 100 cards from Poundland.

“Aye we’ve got 50,000 Christmas cards out in the storeroom” revealed Connswater Poundland manager, Barry Vimto, “you can have the lot, for a pound”

However Uncivil Servant Orla Sprout won’t be making an offer. “I’ve forgotten how to write,” she admitted. “I spend all my time at a computer, so now after 15 minutes of writing “Have a great Christmas, love Orla” on cards for distant relatives it feels like my hand is about to fall off. I’m just going to pretend I forgot.”

“They’d better send me one mind you, sure everyone loves getting a card at Christmas.”