Protestant churches to close after success of Willie Frazer rally 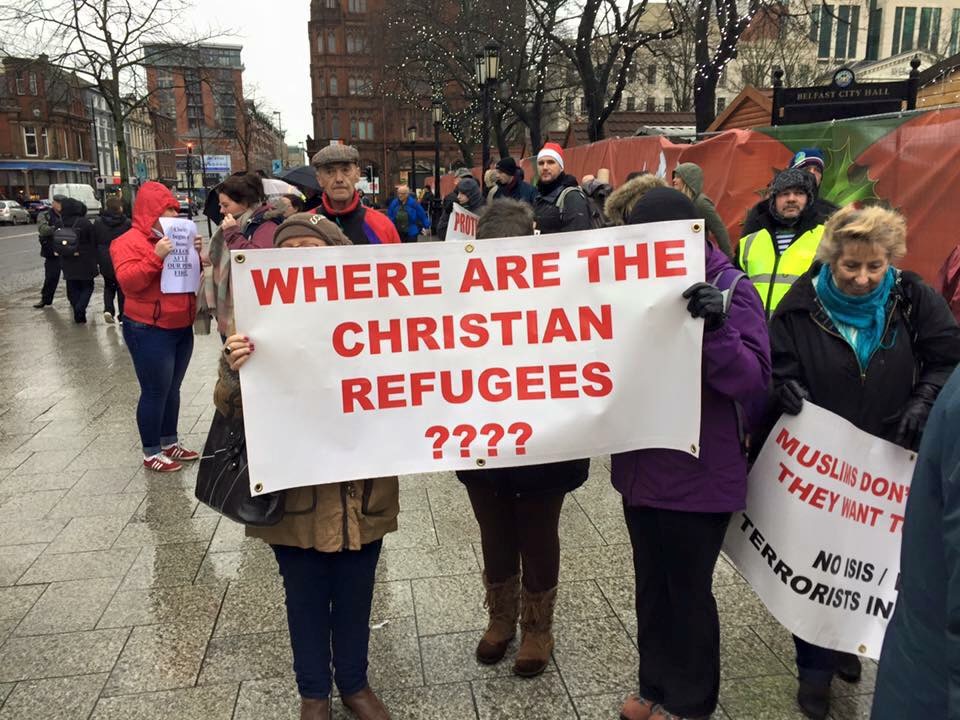 The congregations at Northern Ireland’s Protestant churches were left reeling this morning when their ministers announced that their religious bodies are to fold, in the light of the surge in support for Willie Frazer’s “Protestant” Coalition.

Presbyterian leader Calvin Knox was in agreement with his Anglican counterpart. “Willie’s got it nailed,” he told us, “he’s successfully distilled the principles of our reformed faith into an organisation which can inspire a new generation. All that shite Jesus came out with about loving thy neighbour only goes so far. We all need a bit of hate thrown in.”

The admiration for Mr Frazer has crossed the Irish Sea to England, where Archbishop of Canterbury Justin Welby has announced his retirement from the position. “I’m standing down with immediate effect, so that Mr Frazer can take over,” he explained. “Hopefully his inspirational oratory will bring people flooding back to our Churches, just as it brought them to Belfast City Hall yesterday so they could hide behind posters.”

The head of current affairs at BBC Northern Ireland, Carruthers Crawley, has welcomed the developments. “This news more that justifies the amount of airtime we give Mr Frazer. Those who claim that he’s just a self publicising little halfwit have been proved wrong yet again. We’ll continue to give him at least half an hour a week to spout shite on our programmes.”

Sadly Mr Frazer was unavailable for comment as it would involve stringing a coherent sentence together and we couldn’t be arsed listening to him.