People who can’t agree shocked at lack of agreement 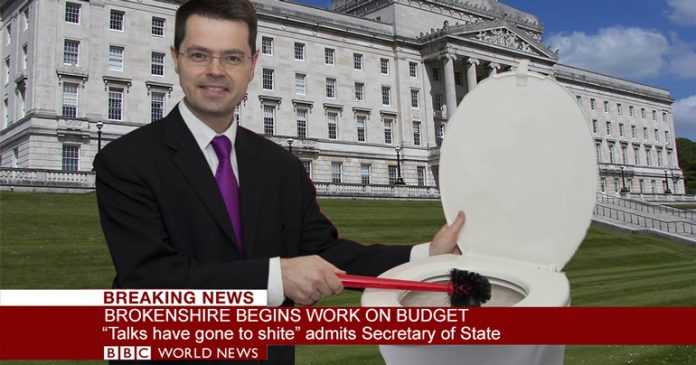 After voting to give two parties who literally can’t agree on anything the power to run the country, everyone in Northern Ireland is reportedly “very upset and annoyed” today, after discovering that they have failed to reach agreement again.

“This has really taken us by surprise!” admitted DUP voter, Sammy Difference. “Why don’t they get their acts together and reach an agreement in private so everyone in Northern Ireland can get back to not agreeing with each other in public?! It’s an absolute outrage!”

This was a frustration shared among nationalist voters. “FFS, we didn’t vote sworn enemies in to run the country for this shite to happen!” moaned Sinn Fein voter, Paddy Wagon. “If I’d known Michelle and Arlene weren’t going to see eye-to-eye I’d have voted for one of the Unionist parties!”

However James Brokenshire claimed that progress has been made. “After four months of talks the two parties have drafted an outline document in which they set aside a time frame for further talks which may, or may not, lead to them agreeing on the colour of shite.”

The colour has since been confirmed as ‘brown’ by an independent panel of playschool children at a nearby nursery.

“We mixed the orange and green together!!” they confirmed gleefully before crapping themselves and lying down for a mid-morning nap, a move which sums up the entire talks process.