‘Huge hole’ at centre of Great Pyramid “may be Portadown”, say Archaeologists 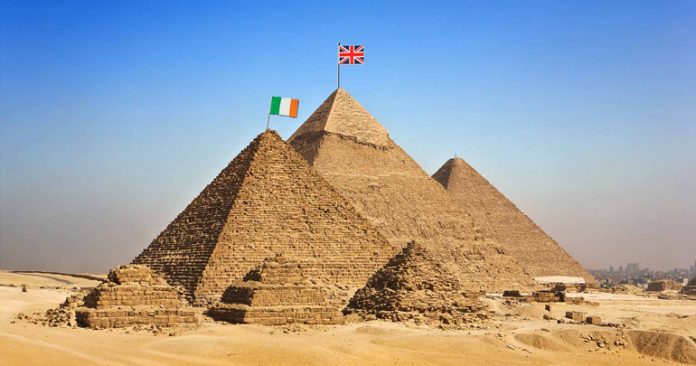 Top archaeologists working in Egypt believe that the “huge void” they have discovered in the centre of Khufu’s Pyramid  may be the Co. Armagh town of Portadown.

The experts believe that the mysterious hole may finally confirm their theory that the entire Pyramid complex was built to contain the greater Craigavon area.

“We have long known that the ancient Egyptians feared the evil forces that lie within Craigavon,” says chief archaeologist Howard Carson. “We have already found relics which prove that they had enclosed Lurgan within the Great Pyramid, this would seem to be the final piece of evidence that we need.”

As this diagram which we found on the BBC website shows, many major Craigavon landmarks are housed within the structure including the M1 and Rushmere Shopping Centre.

Portadown woman Sandra Gee said that she was surprised to find that she was living in the middle of an ancient Egyptian structure.

“Who’d have thunk it? I mean, lots of people round here walk sideways and have heads like cats, but I’d never have believed this was possible,” she told us, using hieroglyphics.