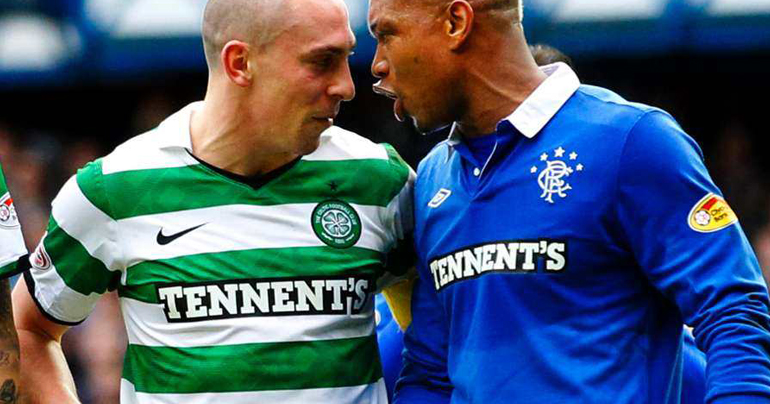 One of the jewels in the crown of world football was restored to it’s rightful place yesterday, after thousands of people who have hated the sight of each other for over a century, crammed into a football stadium to celebrate finally being back together again – after three years apart.

Celtic took on arch-rivals Rangers in a Scottish Cup clash at Hampden Park yesterday – marking the first ‘Old Firm’ meeting in since the Ibrox club were demoted in 2012. Over-joyed at the prospect of finally spending some quality time with one another, both sets of fans excitedly piled into the stadium, wasting no time vociferously telling each other how much they hated one another’s guts.

As usual a huge contingent from Northern Ireland travelled to Scotland for the big match, with Stenaline reporting record numbers of tattooed Tennents drinkers locked in tense staring-matches with bearded Harp drinkers across the passenger decks of their ferries.

“Auch it’s just a great family tradition.” said passenger Shaun O’Bungee “Me Da took me to the Old Firm games and now I’m taking my wee lad to the matches too” he said as he pointed to his 7 year old son, who miraculously and co-indecently also had begun supporting Celtic, entirely of his own accord.

Celtic went on to win the game 2-0, thrilling half the crowd and greatly displeasing the other, as both sides continued to hurl abuse at each other regarding their traitorous choice to become either a protestant or a catholic at their moment of birth.

Police later confirmed that 37 people had been arrested, everyone still hated each other and no-one could wait for the next one.