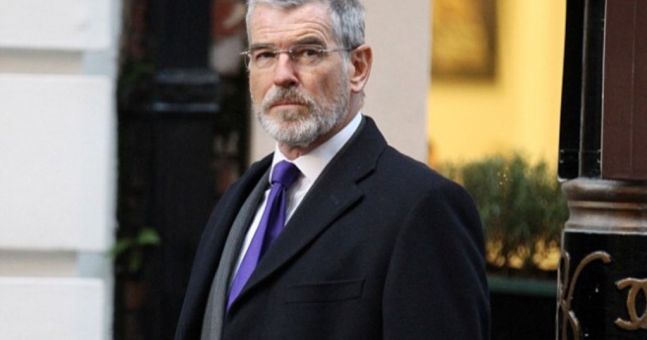 Former James Bond actor Piece Brosnan is set to take join an elite list of Holywood legends who have successfully made a pigs ear of the Belfast accent on the silver screen, it has been revealed.

Navan born Brosnan wowed onlookers with his uncanny resemblance to Sinn Fein president Gerry Adams yesterday, but is now set disappoint movie goers in even more dramatic fashion, with a piss poor attempt at sounding like he’s from West Belfast.

“I’m busting me hole to get Gerry’s accent right, so am ar” said Brosnan today on set. “I’ve been glued to thon Belfast episode of Captain Planet to pick up some pointers and make it dead authentic like. The missus keeps telling me to ‘switch that shite off’, but I just told her to ‘get dafuq’, so I’m defs getting the hang of it”

Brosnan revealed he has been in touch with screen legends Brad Pitt, Kevin Spacey and Tommy Lee Jones, to get some pointers on how to make a complete balls of it. “Aw the lads have been pure sound like” he went on. “They’ve sent me loads of DVDs like ‘The Quiet Man’, ‘Darby O’Gill and the Little People’ and ‘The Commitments’… so I can really hone my Belfast brogue and make it praper weeker, like.”

“By this time next week I’ll be able to properly say ‘Taps aff til the morning til ya'” he added before ripping off his t-shirt and necking a bottle of Buckie.

However there is still hope Brosnan could yet pull off praper Norn Iron spake after he was asked him to reveal the identity of his mystery vocal coach.