Ten reasons to cheer the f**k up on ‘Blue Monday’ 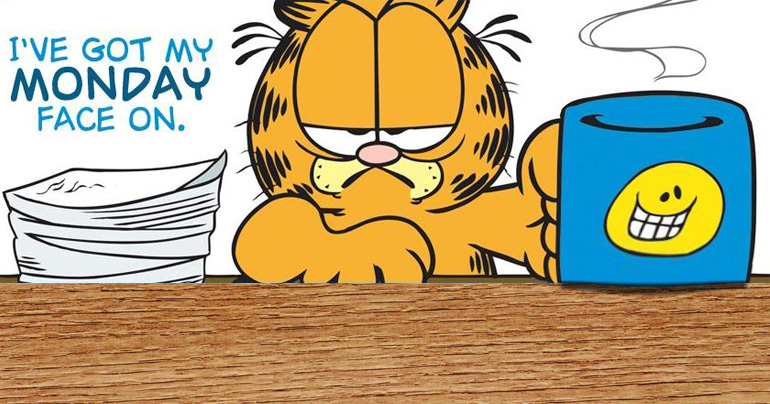 As if Monday’s weren’t bad enough already some miserable hoor had the bright idea to designate one as the worst Monday of the entire year. Sadly that day is today.

We don’t believe in superstition though because we think it’s unlucky, so here are TEN reasons why should wise the bap and enjoy your day…

Well, unless you actually live in Larne in which case, sucks to be you.

2. It’s only four days til Friday

It is, we counted! (Unless you count today, in which case it’s still five. Sorry.)

Women across the country can breathe easy today knowing that one of their own is running the country and not this sexist/homophobic cretin.  Or you know, they will do, as soon as they get the house cleaned and get the dinner sorted for later. Isn’t that right Edwin?

4. Sinn Fein have finally revealed their position on whether an Ulster Fry should have beans on it.

No honestly, they have. Great to see our elected representatives are taking a keen interest in important issues.  We even got a mention!

Rejoice in the marvel of stuff that comes from pigs.  Well, the farm variety we mean.  (Stuff that Edwin Poots says doesn’t count.)

6. You can probably give up your New Year’s Resolutions now

Ah feck it. 18th of January is a good innings! Fair ball to you for sticking it out for a lock of weeks but sure you were always deluding yourself anyway. You could probably phone a takeaway on the way home…

7. It’s not snowing here, but it is in England

8. At least one football team you hate are playing shite

No matter what team you support you you can take encouragement that someone you despise are woeful.  Man United, Liverpool, Chelsea… all of them deserve a good boot up the hole.

9. The price of oil has dropped again

Ok so you can’t afford to buy home heating oil til the end of the month, but take heart in the knowledge that when you do, you’ll be making the world’s richest men slightly less richer than you usually do.  (And it’ll finally be cheaper than your rent/mortgage!)

It’s scientifically proven that money doesn’t make you happy anyway, so take solace that you are in the same boat as the other 99% of us… and eagerly awaiting January pay day. (Which is in about 5 weeks time or something, right?)