Plans to return Eamonn Holmes to the wild put on hold 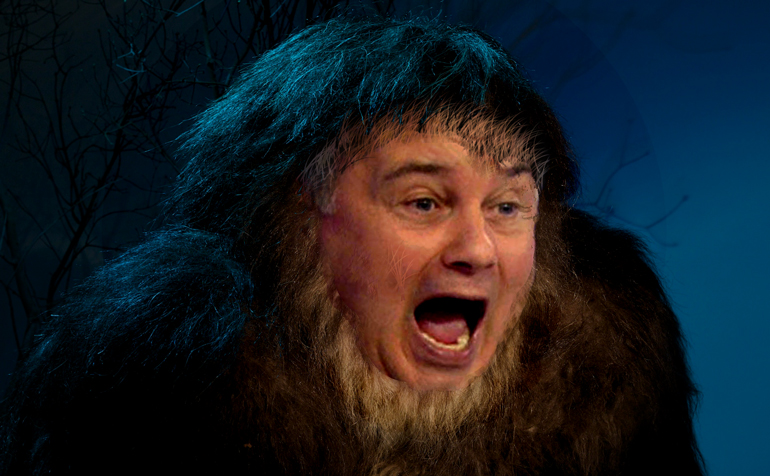 There is growing concern among animal rights activists that the government intends to back down on a commitment to return TV star Eamonn Holmes to his natural habitat.

Holmes has been in captivity since 1979, when he was snared by big game hunters on Cavehill, North Belfast. Since then he has been forced to perform on a variety of television outlets, finally joining the Sky News media circus in 2005.

“It’s disgraceful how this magnificent specimen has been treated,” says Gary Lambe from People for Ethical Treatment of TV Presenters (PETTP). “Forced onto sofas like a performing seal, with no thought for his welfare.”

The PETTP activist highlighted the appalling treatment that Mr Holmes has suffered. “The poor creature has just undergone a double hip replacement. This type of injury is exactly what we expect to see on middle aged TV presenters kept in captivity, he should be allowed to roam free with his own kind.”

Supporters of the Bring Home Holmes campaign point to successes with other presenters. Last year veteran commentator Jackie Fullerton was released close to Ballymena and is understood to be thriving, and plans to return Gloria Hunniford to a forest outside Bangor are at an advanced stage.

However government officials are said to be concerned about public safety. “We cannot guarantee that he won’t lose the run of himself,” we were told by Stormont’s wild animals expert Brian Lyons. “Even in the Fullerton case we had some early sheep worrying incidents, Holmes is a bigger beast altogether.”

“And look what happened when we tried to free Frank Mitchell. People died, for God’s sake.”

In a related story Stephen Nolan is believed to have escaped from his enclosure at BBC headquarters in Belfast. “Best not to approach him,” says Lyons, “he’ll make his own way home when he gets hungry.”