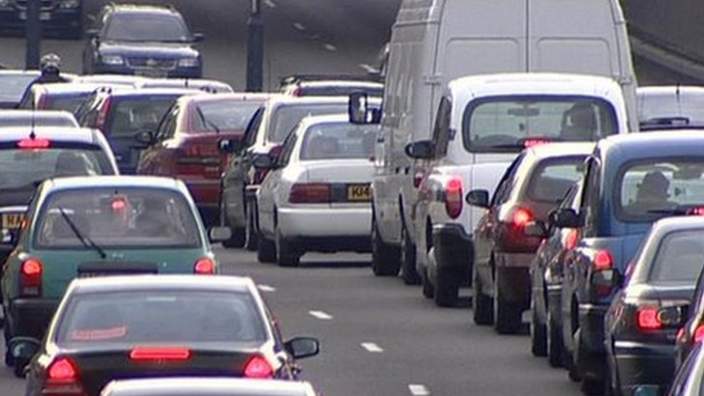 There were wild scenes of celebration in the city centre this morning after it was announced that Belfast had been awarded the coveted Most Congested City in the UK award.

The city had to beat off stiff competition to earn the prize, managing to defeat London, Edinburgh, Manchester and Lisburn in the process.

“This is a glowing accolade for Belfast,” said Mayor Carder Arson at a press conference in the Europa Hotel, “an award like this really puts the city on the map, probably somewhere quite close to the sea.”

Mr Arson then paid tribute to the various agencies who made the award possible.

“A big thanks to DRD for their clever bus-lane designs , which make it so difficult for motorists to know where they can drive, and of course to Translink for operating a half-arsed, overly expensive service that ensures a commuter from outside Belfast must remortgage their house to be able to get to work.”

“We can’t forget the contribution of the utility companies, the way they manage to ensure that their various road-works all happen one after the other. It would be too easy to co-ordinate their work so that they only have to close the roads once, but that would minimise disruption.”

“The PSNI also play their part, taking as long as possible to clear minor collisions, and then providing no guidance for motorists trapped in the ensuing chaos. Top marks to the Stormont administration as well for its ability to focus all employment efforts on Belfast, ensuring that half the country has to get here every morning.”

“However the biggest tribute must go to the people of Belfast themselves, who resolutely refuse to consider any form of transport other than the car,” he concluded, as he climbed into a taxi to travel from the Europa to the City Hall.

A fireworks display to celebrate the award is planned for tomorrow evening. Motorists are advised to leave now to avoid congestion.