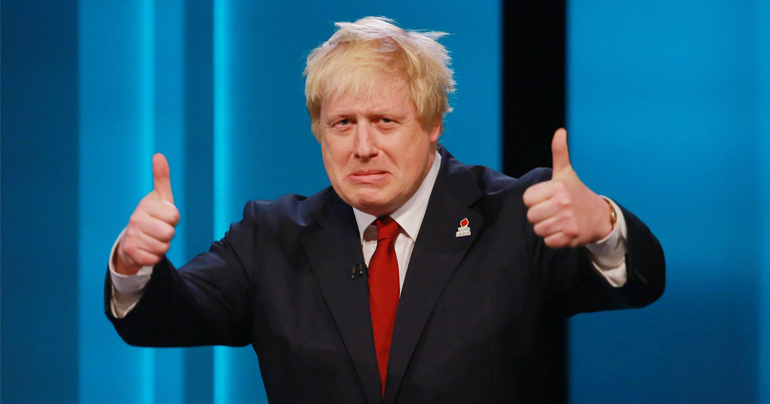 Following the revelation that Boris Johnson believes the popularity of Prosecco in the UK is a valid bargaining tool in getting a better trade deal with Italy, the Ulster Fry have uncovered more of his cunning post-brexit negotiating tactics thanks to an exclusive interview.

“The UK buys a lot of lego.” Boris told us. “In fact we quite literally buy it by the bucket load” he continued. “UK kids build over 20,00 new airports every year, not to mention 250,000 houses, a whole heap of spaceships and god knows how many boats. The Danish can’t afford to lose that kinda infrastructure!”

“The UK sales of baguettes are off the chart nowadays. We brits love them so much that most of our own bakeries now make the instead of importing them. If that doesn’t scare the French into a better deal, then nothing will!”

“Every house in the UK buys at least three tins of Mr Sheen a year.” Boris revealed. “There’s not a chance they are gonna risk losing all them Polish exports”

“I don’t know much about Austria” Boris admitted. “But judging by the number of Vienneta’s we go through they won’t want to lose our custom. Also our TV stations have been buying their programmes, like Neighbours and Home and Away for years. That must be worth a clean fortune!”

“You probably don’t know this about me but I love a good waffle” admitted the silver haired foreign secretary. “The Belgians won’t want to stop me or millions of other Brits waffling. Especially with six pints of Stella in us!”

“Not only do brits love shopping in Lidl and Aldi, we typically drive to them in Volkswagens and Audis, whilst wearing pairs of Adidas and Puma.  If the Gerry’s don’t fall into line we’ll go back to driving to Waitrose in our Aston Martins whilst wearing DM boots!”