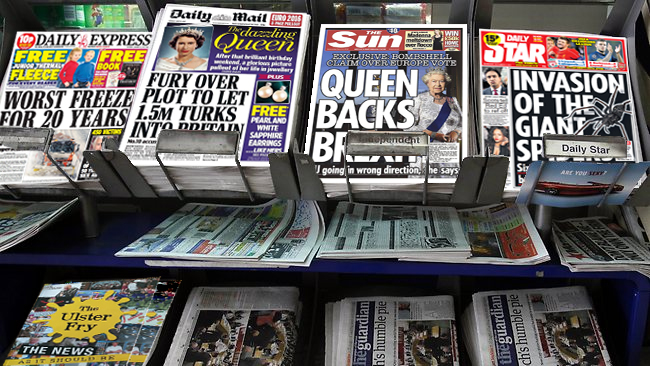 As the kerfuffle about the influence of so-called ‘Fake News’ on the US Presidential election continues to grow, experts have uncovered evidence that the made up stuff is often more accurate than the so-called real thing.

The report follows the publication of a list of fake news websites by a North American academic, which lumped satirical sites like The Onion, Newsbiscuit and Private Eye, alongside genuine ‘misinformation’ providers.

“We’ve been studying the output of a variety of ‘news’ sources,” says Professor Bart Bright from Coalisland University’s Department of Social Media, “and it turns out that far from it being the satirical nonsense sites that mislead the public, it’s usually the more mainstream outlets.”

“So, while The Ulster Fry might publish a story letting on that anti-Trump rioting has hit the Ulster American Folk Park, it’s pretty obviously a joke, even if some doll in America believes it and demands that the National Guard is called out to deal with the violence,” Professor Bright explained.

“Whereas when The Daily Mail has a front page headline claiming that 47 million aliens from outer space are claiming benefits in Sunderland, everyone believes it. Then the paper admits it was all bollocks a week later, and publishes a 12-word apology on page 47 just below the adverts for auld dolls who’ll talk dirty to you, then do your ironing.”

“Of course, now the ‘mainstream press’ wants social-media providers to limit what people see, when really what everyone needs to do is get a big dictionary and look up words like Propaganda and Misinformation, then Comedy and Satire,” the Professor concluded.

“Then learn the difference between the concepts, and catch themselves on before Facebook throws out the baby with the bathwater.”