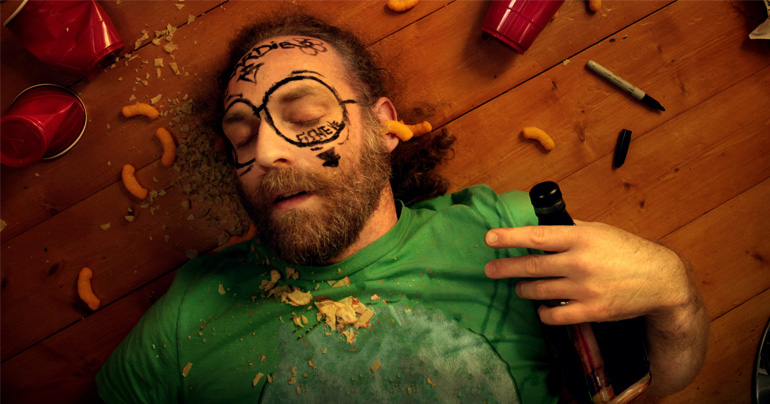 After a night of heavy drinking across the island of Ireland, politicians on each side of the border have today unanimously agreed to Sinn Fein’s wish for an all-Ireland referendum – with the condition that we instead vote for a day in bed after St Patricks Day.

Waking up this morning in his underpants on the sofa covered in jelly beans and smelling like taco sauce, Sinn Fein’s Martin McGuinness today reiterated the need for a country-wide vote on this critically important matter, which has plagued residents North and South for generations.

“When you think about it getting St Patrick’s Day itself off is kinda f**king stupid” McGuinness told us. “It’s costing the tax payer millions in unplanned leave. And sure even if people do show up for for work, they are just gonna sit on Facebook all day reading made-up news articles with fake quotes from politicians and that.”

“What we really need is the day after off! So we can lie on our arses watching Netflix and boking whenever we want!” he added, before phoning in sick.

Surprisingly the DUP are onboard with the plans. “Aye definitely, sounds like belter craic!” said Arlene Foster this morning in her pyjamas. “As long as one of you runs to the petrol station for me to get me a lock of stuff from their Deli counter?”

“I’m hanging lik a bat here!”  she added, slipping us a tenner.

Outgoing Irish Taoiseach Enda Kenny also agrees the time for change has come. “I thought I was grand when I got up this morning.” he told us. “But my wife has just informed me that I’m still pished and should stop answering the door to reporters in my under crackers. So count me in!”

Meanwhile Sinn Fein have confirmed that Gerry Adams is onboard with the referendum after drinking so much Guinness he shat his trunks.

“In his defence he was unfairly denied entry to the shitehouse” said a source.