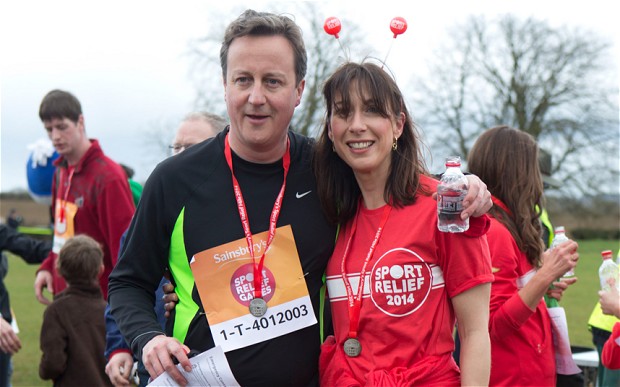 Lazy people across the country have joined forces to condemn the TV charity extravaganza known as Sport Relief, describing it as “blatant exercise propaganda.”

In a hard hitting statement released today in lifestyle magazine Men’s Fatness, the President of the Amalgamated Union of Lazy Bastards, Alister Fry, claimed that everyone is sick of seeing retired athletes and shit celebrities trying new sports, even if it is for charity.

“We don’t really want to see Freddie Flintoff and Sally Gunnell taking on Olly Murs at water skiing,” stated Mr Fry. “We all know that they’re really doing it to see if they can get a spot on Strictly, and to be honest I can’t be arsed listening to them.”

“Even worse is the ‘comedian doing something really strenuous’ slot, like yer man swimming the Channel or Jo Brand walking a long way. I don’t want to look at Jo Brand at the best of times, never mind when she’s getting a massage after rolling down a mountain.”

The other big TV charities, Comic Relief and Children in Need, are also very annoying, admitted Mr Fry. “But at least on Comic Relief you might get a half amusing sketch later on when the kids are in bed, and on Children in Need you get to see newsreaders dancing, but on Sport Relief all you get is Gary Lineker and his annoying smug face,” he argued.

“Why can’t we have proper Friday night TV like in the old days, like Cheers or Friends, or even Roseanne? TV you could watch while drunk and not really miss anything.”

A spokesman for the BBC told us they had taken the criticism on board, and a Beer Relief Telethon consisting of a marathon showing of 80s and 90s TV sitcoms will be staged in the Autumn.

Now we’ve got that off our collective chests, anyone wishing to donate to Sport Relief can do so by visiting this website.